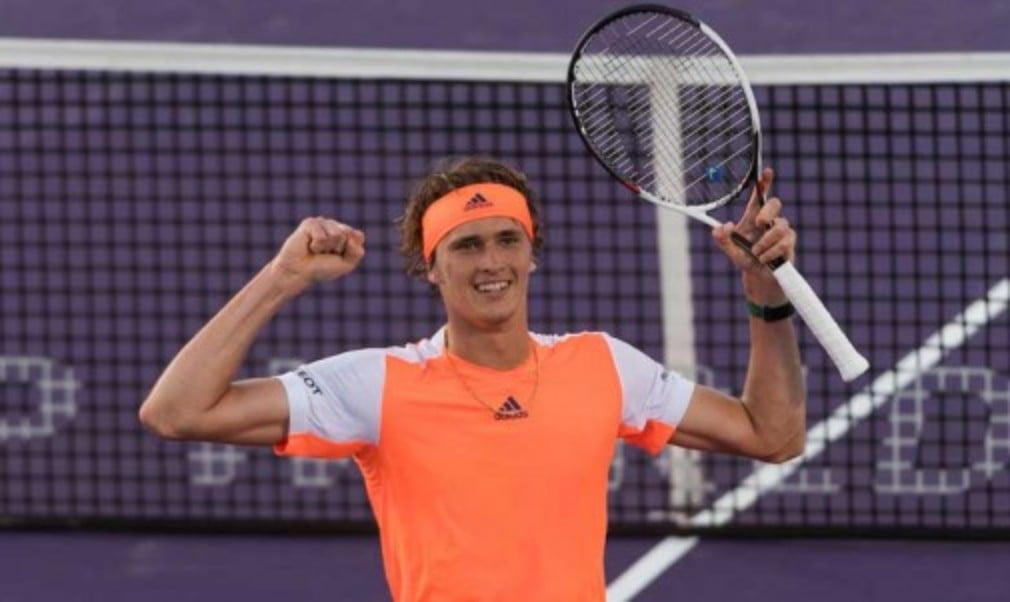 The German teenager came from a set down to win 4-6 6-2 6-1 at Crandon Park to set a quarter-final clash with Nick Kyrgios.

It was Zverev’s second victory over Wawrinka in as many meetings, having beaten the Swiss in the St Petersburg final last year.

“I had to be aggressive. I felt like he was the one controlling all the points all the time, so I had to change that,” said Zverev, who won 12 of the last 15 games to win in an hour and 44 minutes. “It worked out well for me. Happy to be in the quarter-finals now. Hopefully I can play as great as I did today."

Into the last eight at a Masters 1000 event for the first time, it could have been a very different story with Zverev saving three match points against John Isner in the third round.

“I had to use the opportunity. I knew I got a second chance in this tournament, so I'm really happy that I used it,” Zverev said.

The quarter-final will be an opportunity to avenge his 6-3 6-4 defeat to Kyrgios in Indian Wells two weeks ago. The Australian reached the last eight with a 7-6(5) 6-3 victory over David Goffin on Tuesday.

The winner could face an in-form Roger Federer in the semi-finals after the BNP Paribas Open champion defeated Roberto Bautista Agut 7-6(5) 7-6(4). The Swiss meets Tomas Berdych in the quarter-finals following the Czech’s 6-3 7-5 win over Adrian Mannarino.