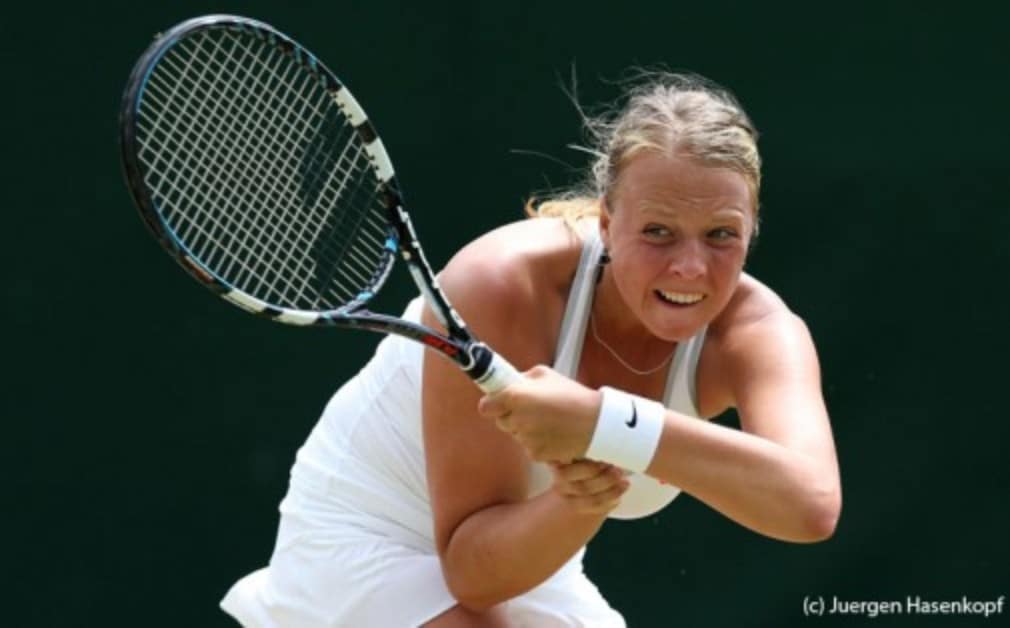 Zverev, fresh off the back of winning his first ATP Challenger title in Braunschweig recently, stunned world No.51 Robin Haase 6-0 6-2 in the bet-at-home Open in Hamburg. The German, 17, is the youngest player to win an ATP 500 match since Grigor Dimitrov in 2009.

“Winning my first ATP World Tour match in Hamburg, in front of a home crowd, was special,” said Zverev, who will face Mikhail Youzhny next after taking just 59 minutes to see of Haase. “I had the feeling that the crowd was behind me. He played well in the second set, but once I got the break I played better.

“It’s definitely a big win. Winning a Challenger title in Braunschweig recently and getting a wildcard here – thanks to Michael [Stich, tournament director] – means a lot to me.”

Kontaveit caused an even bigger shock at the Collector Swedish Open in Bastad as she shocked top seed Alize Cornet 7-6(3) 6-3. The Estonian, ranked No.161 in the world, had never won a WTA main draw match before but was delighted with her performance against world No.21 Cornet.

"Obviously I was really nervous playing her. She's such a good player," said the 18-year-old. "I had to stay there mentally every point. It was really tough. I had to stay aggressive and control the points, and I managed to do that really well. I'm extremely happy with the way I played."

World No.201 Laura Siegemund also recorded the best win of her career as she beat fourth seed Yaroslava Shvedova 7-5 6-3. The German qualifier won 16 of 19 points on Shvedova’s second serve.