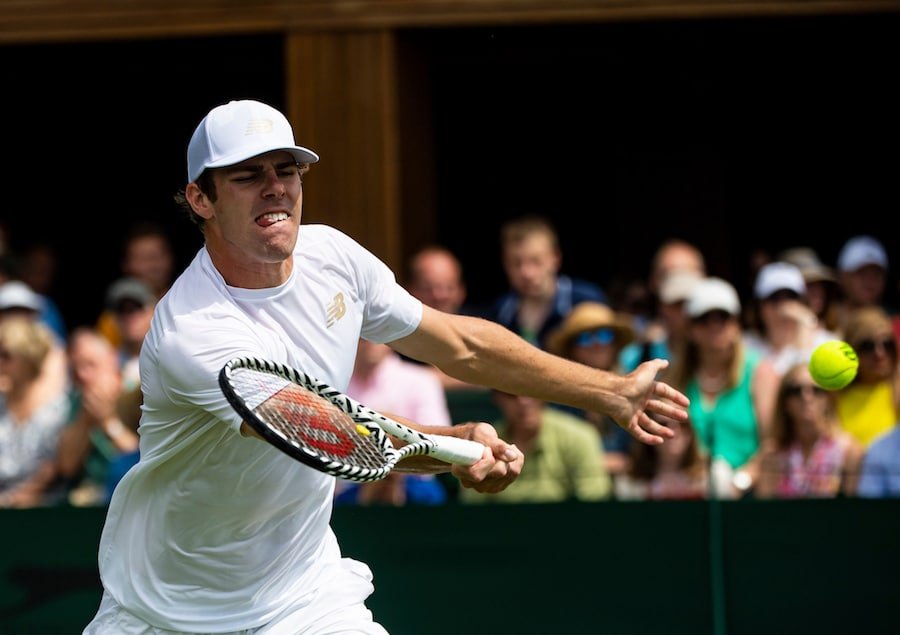 The 2015 Boys champion Reilly Opelka is playing just his fourth Grand Slam event and has made his first third round with this win. He served an incredible 23 aces during the match, and after playing for over three hours he hit the fastest serve of the tournament at 142mph.

In this their first meeting, both men were dominant behind serve early on in the first set, until 5-5 when a lucky net cord handed Opelka two break points on the Swiss serve. Showing he is not just a big serve, the 6ft 11′ Opelka won the second after a 21 shot rally that was ended after three time Grand Slam champion Wawrinka drifted a backhand long. The 21 year old American comfortably served out the set.

Wawrinka has now gone out of Wimbledon in the second round for a second consecutive year as he was upset by Italian Thomas Fabbiano last year. He also suffered a second round defeat at the Australian Open this year.

The Swiss 34 year old started the second set on the front foot when he broke the Opelka serve and took a 3-1 lead. He then went onto save three break points and close the set to draw the match level.

Wawrinka broke Opelka early again in the third with a sublime backhand passing shot. He defended this comfortably the whole set to go in front. And the world number 19 looked to have momentum with him when Opelka had to cling on to his opening two service games of the fourth set, saving three break points.

But at 4-5 down on serve two backhand errors from Wawrinka gave Opelka the set and confirmed a fifth.

Both men had to save break points early in the fifth, but as the set progressed the play became more serve dominant.

This year at Wimbledon a tiebreak will be played at 12-12 in a fifth set, and this looked to be the direction the match was heading in. This was until at 6-7 down uncharacteristic errors from the Wawrinka forehand gave his young opponent three match points. Another unforced error into the net from the Swiss man handed Reilly Opelka his biggest grand slam result to date.

In round three Opelka will face another big server in Milos Raonic. It will be the pair’s first meeting.