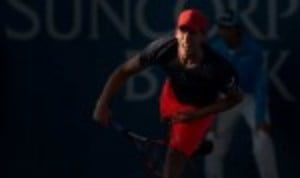 Dominic Thiem has a reputation as one of the hardest workers in tennis and as a man who never shirks, but as the 22-year-old Austrian laboured through his final tournament of the 2015 season one thing was clear. The world No.20 needed a holiday.

Sitting back in a chair in the players’ lounge in Paris at the year’s concluding Masters 1000 tournament, Thiem reflected on the fact that it had been two years since he had last taken a proper break from tennis. Was he looking forward to getting away? “Yes, a lot,” Thiem smiled. “I took a couple of days off this summer, but I’m really looking forward a lot to a break, to doing something different. When you take a day or two off in the summer you’re still watching other players and thinking about your next tournaments. I think it’s important to recharge the batteries.”

Thiem, who is the youngest player in the world’s top 20, would have liked a break at the end of last year but was unable to take one because he was required to do six months’ national service in the Austrian army. Although he was able to go away to play in tournaments, between events he had to report for duty with the army. “Last November I had to be there at 7.30 every morning,” he recalled.

Nevertheless, after 11 years being coached by Gunter Bresnik, who has a reputation as a hard taskmaster, Thiem has grown accustomed to early starts and putting in the hours. He has also witnessed at first hand how some promising players do not have the appetite for work that you need to reach the top.

“Gunter likes his players to work hard,” Thiem said. “There were a couple of players who didn’t like that so much and they did not stay with him for long. He made us work very hard. I think in tennis today that is the only way. I’ve been used to it because I’ve been with Gunter for so long. For me it’s much easier to handle it than for a player who is experiencing it for the first time. It’s kind of normal for me.”

Believing in Bresnik was crucial throughout Thiem’s time as a junior. “They were really tough years of course, when you still have to go to school and then you’re practising all afternoon,” he said. “You don’t see the daylight and you don’t see your friends. You don’t have time to do anything else. When you’re 12 or 13 maybe you don’t really think about it, but when you get to 16 or 17 you do sometimes think that maybe it would be good not to have to go to practice every day. But there are so many good things about tennis and this life that I have that you’re happy to do it.”

Thiem’s early teenage years were made even more challenging when Bresnik decided that his game needed a complete overhaul. “I was a very defensive player and I had a double-handed backhand,” Thiem recalled. “He changed it to an aggressive game style and to a single-handed backhand. It was tough at first because I had always played with a double-handed backhand. After I changed I started to lose a lot of matches. It was not an easy time. It was two or three years before I felt comfortable with it, but both Gunter and my father told me to stay calm, that it would be good in the end. I believed them and trusted them.”

There were even tougher times ahead. In Thiem’s later teenage years he suffered growing pains, but worse still was a stomach virus which he picked up while playing in a junior tournament in South America. For more than two years he went through a cycle of recovering and then falling ill again.

“I would feel great for a couple of weeks and then I would suddenly get tired, which was not normal. When you’re 17 or 18 you shouldn’t get tired like that. I got sick about three times every month. Every time it was the same. When I was 19 it got worse and worse and I had to stay in hospital for a couple of weeks until they discovered the virus and then treated it. The virus had been in my body for two or three years and I had a lot of issues.”

This is an excerpt from "Young Gun" by award-winning tennis journalist Paul Newman in tennishead Volume 6 Issue 6. Subscribe to the magazine today.