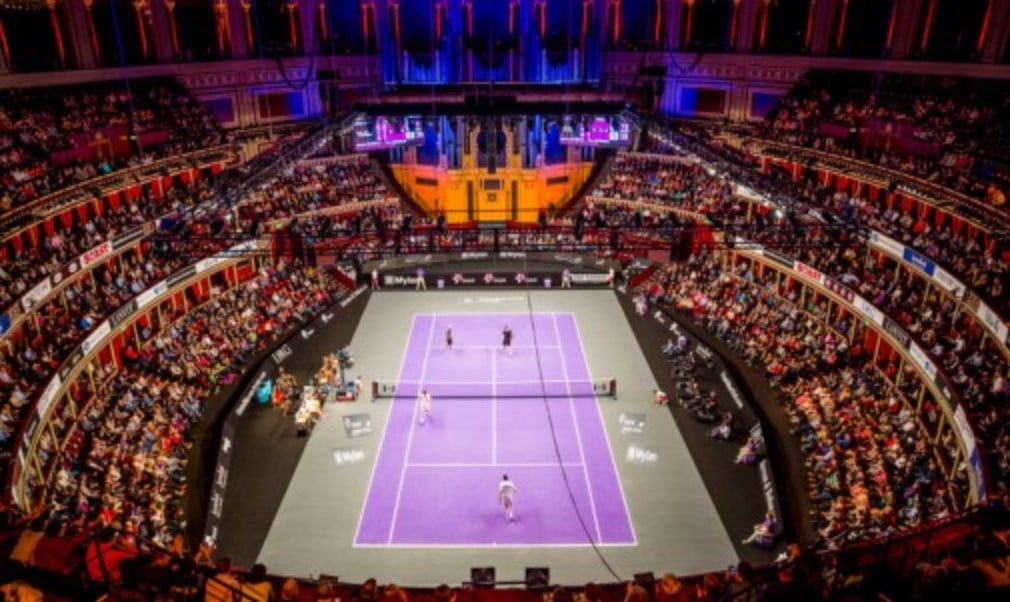 Celebrating its 20th year at the Royal Albert Hall, players who have competed on the ATP Champions Tour gather in London for the season-ending finale. Players include former world No.1s and Grand Slam champions competing in both singles and doubles.

Players already confirmed for 2016 include former world No.1 and two-time US Open champion Pat Rafter, world No.1 and seven-time Grand Slam champion John McEnroe, former world No.1 Juan Carlos Ferrero, Britain’s Tim Henman and tennis magician Mansour Bahrami. Played in the stunning surroundings of the Royal Albert Hall it is a great opportunity to watch some competitive and entertaining tennis.

John McEnroe said: “Every year I look forward to coming back to London and playing in Champions Tennis at the Royal Albert Hall event, which over the last two decades has become one of my favorite stops on the Champions Tour. I am grateful to be able to compete in front of amazing British fans that have such a great appreciation for our sport. I can’t wait to return in December.”

To enter this competition, answer the simple question below using the entry form on the right hand side of this page

Which Spanish player and former world No.1 is making his debut at the Champions Tennis this year?

The winner will be drawn on 30 September 2016 from all the correct entries received. Entrants must be 18 years or older. There is no cash alternative. The promoter reserves the right to alter the prize and an alternative up to equivalent value. The promoter cannot accept liability for any loss or damage in relation to this prize. Tennishead terms and conditions apply.