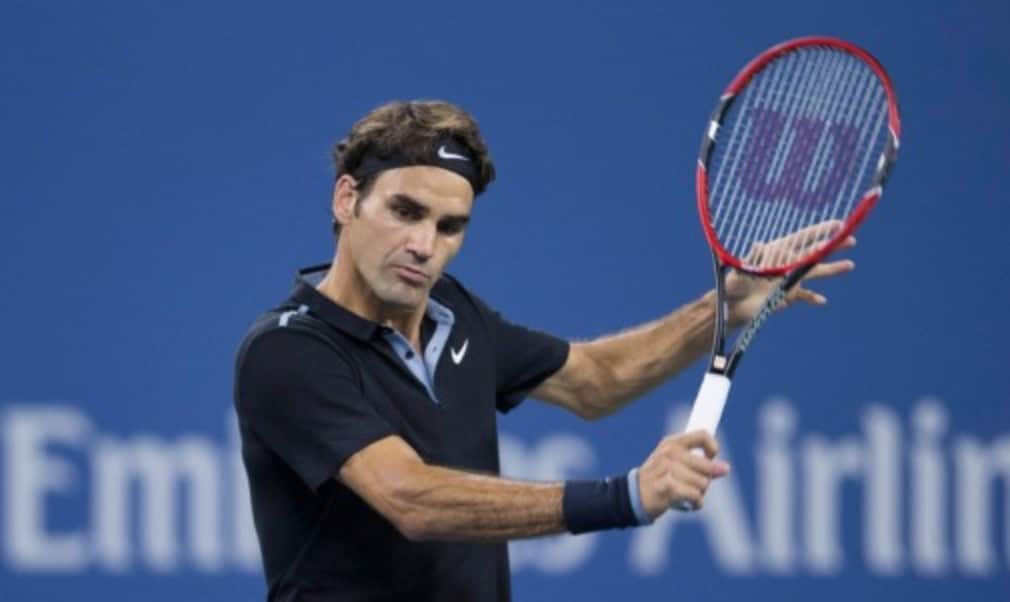 The new generation of Pro Staff rackets don't go on sale until October, but you can win one of Federer's new frames thanks to our friends at Wilson.

Developed with the help of the man himself, the new rackets boast a larger headsize and a bigger sweet spot but preserves the pure, classic feel that is synonymous with the Pro Staff brand.

“I grew up idolising the legends of the game, so it was natural for me to play with Wilson Pro Staff 85-inch rackets,” Federer explains. “I love the feel a smaller head provides, and larger rackets couldn’t deliver the feedback I needed to be successful. This new Wilson Pro Staff racket has been a long time coming, but I finally have the feel I need in a 97-inch head.”

While his rivals have long been using oversized frames, Federer had remained loyal to the Wilson Pro Staff since winning the Wimbledon boys’ title in 1998. However, following his shock defeat to Sergiy Stakhovsky at the All England Club last year, Federer debuted a new blacked-out prototype in Hamburg.

He went back to his trusty 90-inch frame for the US Open, but made a permanent switch at the start of the 2014 season. As well as upgrading to a 97-square inch head, Federer’s new Pro Staff RF 97 Autograph weighs in at 340g and features a 26 per cent wider racket beam to boost its power and sweet spot. However, it remains true to the Pro Staff heritage with a braided carbon-graphite construction.

“When it comes to his tennis career, Roger is a chess master, always thinking several moves ahead,” said Mike Dowse, president of Wilson Sporting Goods Co. “So when we broached the subject of developing a more powerful racket that would still fit his needs for responsive ‘feel’ and attacking style, we jumped at the chance to collaborate with him.

“This racket represents the most extensive collaboration between an elite player of Roger's calibre and Wilson. The result is a groundbreaking racket that will benefit tennis players worldwide."

To be in with a chance of winning a Wilson Pro Staff RF97, click here.

This competition is bought to you by Wilson, Official Ball of the US Open since 1979