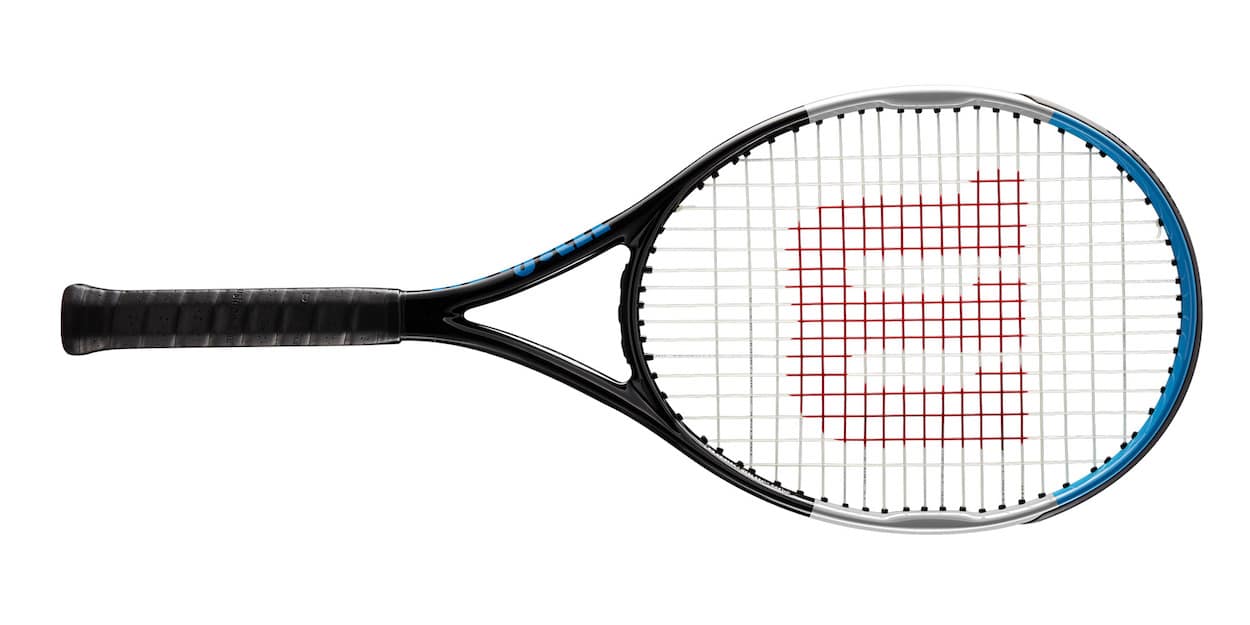 The Wilson Ultra tennis racket forms an integral part of the Wilson portfolio and caters for the full range of playing standards from beginners to advanced, so when we heard that the frame had been updated with new technology for 2020 we decided to give the racket the full treatment of a tennishead play test and review. Here’s what happened…

Wilson are the most widely played rackets worldwide in no small part thanks to a certain Roger Federer who’s been their biggest fan and marketing asset for his whole career. Wilson are a large American firm with deep pockets to invest in technology so when they announce an update to one of their core frames it’s going to be significant.

WIN THE WILSON ULTRA 100 IN OUR EXCLUSIVE COMPETITION

The big news from this iteration of the Ultra range is the introduction of ‘PowerProfile’ which incorporates three geometric changes, the ‘Integrated Perimeter Weighting System’, the ‘Sweet Spot Channel’ and the ‘Inverted Power Rib’.

An ‘Integrated Perimeter Weighting System’s’ aim is to spread the power across a larger area of strings allowing for more power no matter where on the strings you contact the ball.

The ‘Sweet Spot Channel’ is basically a hole in the frame that means the cross strings are longer. Cross strings provide power in the racket so the theory is that longer cross strings means more power.

The ‘Inverted Power Rib’ in the throat of the frame (the V) hopes to improve stability and reduce twisting of the frame on impact.

We decided to play test the Wilson Ultra 100 and 100L versions of the range.

tennishead gathered four of our most experienced all court play testers for this session as we really wanted to put the Wilson Ultra 100 through it’s paces with hitters whose games closely match the specification provided by the manufacturer.

Finley, Austin, Helena and Liam are all confident grinding it out from the baseline or looking to finish the point quickly in the forecourt so they were excited to try these new frames.

The testers started out on the baseline looking to groove their groundstrokes and immediately the ability to generate power with this racket became apparent. Austin in particular noted that he was “getting good power with a few shots going long” so he “took his shots back a bit to gain the control”. Finley found this frame “forgiving and light enough to generate speed and spin” whilst Helena enjoyed the “control and good amount amount of spin” she could generate from the back of the court.

Our players then moved up to the net to try out their volleys and touch shots with the Wilson Ultra 100. Helena found she could achieve “control and good drop shots and it had a nice big sweet spot”. Austin commented on being able to “get good depth on the volley” and he was “sticking them nicely” where he wanted. Finley was the most enthusiastic about this frame when volleying. He said, “I really really liked it on volley. It was able to take the shock from heavy groundstrokes and allowed me to hit volleys with ease and comfort without sending any vibration up my arm”.

When hitting overheads and serves our testers commented again on the feeling of power generation with Austin saying, “I started slicing the serve and hitting more spin to enable me to get more control on my serves”. Finley liked the racket for smashes as he found it “light enough that I could move the racket in time for my overheads” and for his serves he found it “really nice to generate kick spin and get the racket up the back of the ball”.

We then asked the testers how they felt the new ‘Integrated Perimeter Weighting System’ effected performance. Austin said he “didn’t find the racket stiff at all. Comparing it to my usual Babolat Pure Drive I found it quite similar and bouncey. I didn’t have to hit the middle to generate power”. Finley agreed with Austin that it wasn’t stiff and “actually I found it quite forgiving and when I really hit my groundstrokes i was able to generate some power”.

The feedback on the design of the Wilson Ultra 100 was mixed with Helena really liking the colour scheme but Austin explained his personal preference was for matt colour schemes rather than metallic. You can’t please them all!

For a detailed explanation of each racket measurement criteria below have a read of our guide.

Wilson have obviously polished up this popular racket with a real focus on the power-generating aspects of the frame. Have they gone too far? Not according to our testers who were all good standard players that have no problem generating their own power. The advice would be to make sure you try out various different versions of this racket in terms of the weight range as that could have a major impact on the performance.

Wilson sell all their rackets from their own website and the two rackets we tested are available now to purchase: