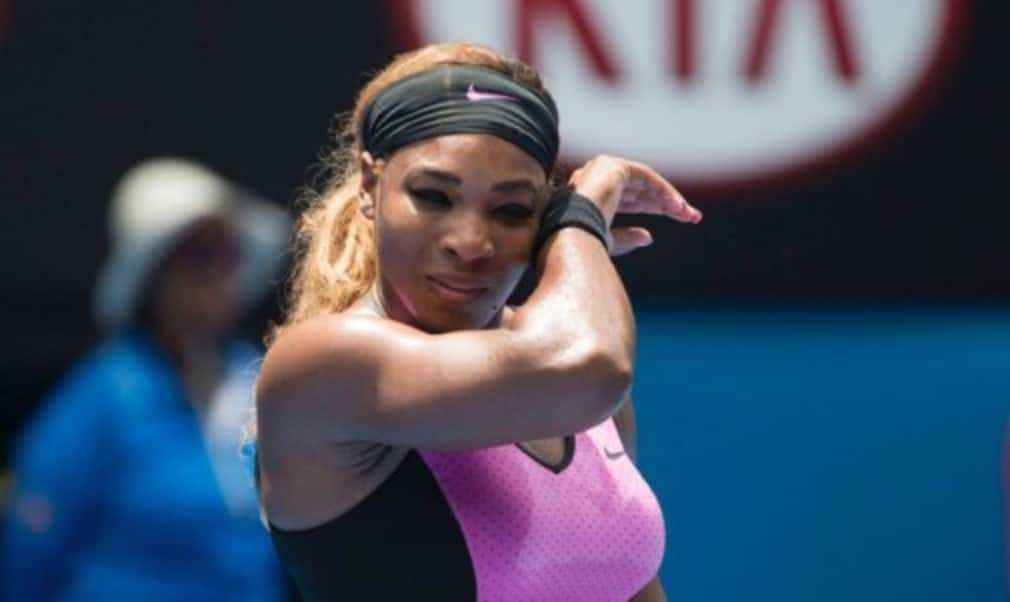 The world No.1 remains on course for a sixth Australian Open title with a 6-1 6-2 victory on Rod Laver Arena. As the players continued to struggle in the hot and humid conditions, Williams broke the Serbian's opening service game and never looked back.

"I just tried to hit a bunch of aces and a bunch of winners – that's all you can do because it's too hot to get into long rallies," Williams said, with temperatures reaching 41.5°C at Melbourne Park. “I have been training for a long, long time in the heat of Florida as well as playing – I have been coming to Melbourne for years and years. You just have to be ready for those hot conditions and just try to get through it.”

Williams, who equalled Margaret Court’s Open era record of 60 match wins at the Australian Open on Wednesday, is bidding to match Chris Evert and Martina Navratilova with 18 Grand Slam victories with victory in Melbourne. Williams will play Daniela Hantuchova in the third round after the Slovakian No.31 seed battled in the heat to overcome Karolina Pliskova 6-3 3-6 12-10.

Last year’s runner-up Li Na overcame talented Swiss teenager Belinda Bencic 6-0 7-6(5) to reach the third round. Bencic appeared overawed by the occasion as Li raced through the opening set without dropping a game, but offered more resistance in the second as Li was forced into a tiebreak.

Sam Stosur produced a scintillating display of tennis in front of her home fans on Rod Laver Arena as she cruised past the in-form Tsvetana Pironkova 6-2 6-0.

Pironkova, who was on a nine-match winning streak after coming through qualifying to win last week’s Sydney International, was expected to cause the former US Open champion problems, but was no match for Stosur.

The Australian, who has struggled to deal with the pressure of playing at her home Slam in the past, needed just 67 minutes to wrap up a resounding victory.

"I feel great," Stosur said. "Really happy with the way that I played. She started out pretty well. But I feel like I was finding my range pretty well and felt good and was moving well.

"I definitely tried to dictate play right from the start, that's kind of always the way I want to play, regardless of who I'm playing. Especially tonight, I felt I was able to do that quite well, right from the first game to the last, wait for my opportunities if I needed to."

Stosur will face former world No.1 Ana Ivanovic in arguably the stand-out tie in the third round after the No.14 seed crushed Annika Beck 6-1 6-2.

Also safely through to the third round is ninth seed Angelique Kerber, a 6-4 6-2 winner over Alla Kudryavtseva, but Kerber’s compatriot Sabine Lisicki suffered a 2-6 6-2 6-2 upset at the hands of Romania’s Monica Niculescu.

Eugenie Bouchard also progressed with a 6-2 7-6(10) victory over Virginie Razzano, but Julia Goerges, who upset Sara Errani in Round One, failed to get past Lauren Davis, falling 7-5 2-6 6-4.