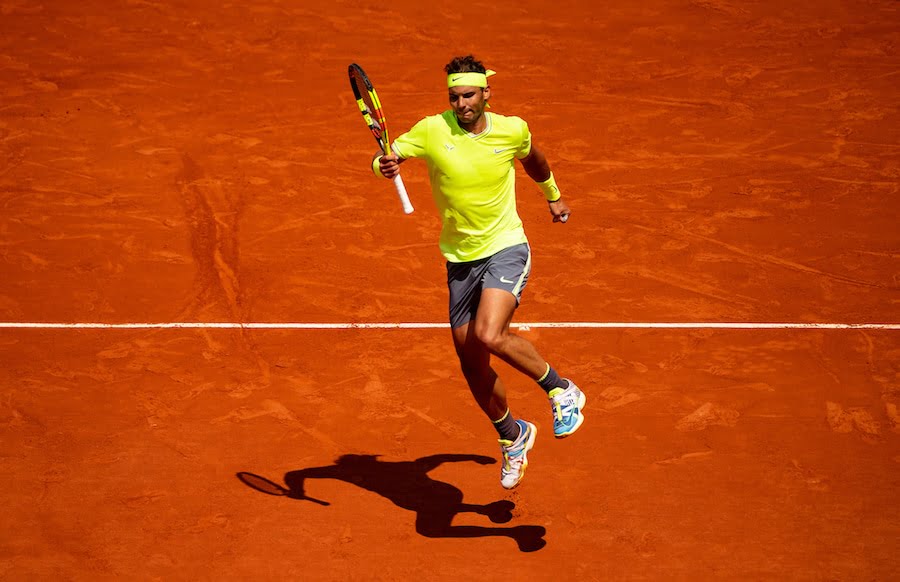 He’s the undisputed best-ever clay court player with 11 victories at the French Open and a 12th in his sights for 2019. How do the numbers back up his utter domination of professional tennis on red clay? Here tennishead highlights the facts behind his clay court superiority

When Rafael Nadal lost six and four matches on clay in 2015 and 2016 respectively, it seemed his aura of invincibility might be fading. In his previous 11 seasons he had never lost more than three clay-court matches. However, the last two years have reconfirmed Nadal as the undisputed king of clay.

In that time he has suffered only two defeats on the surface, both to Dominic Thiem. Although Nadal has won Grand Slam titles on hard courts and grass, in every year of his career he has won a greater percentage of his matches on clay than on other surfaces.

Between his defeats to Igor Andreev in Valencia in April 2005 and to Roger Federer in Hamburg in May 2007, Nadal won 81 clay-court matches in a row. Only one player has ever beaten him more than three times on clay, Novak Djokovic having recorded seven victories over his great rival on the surface.

Clay-court wins over Nadal since 2006

Tour-level victories over Nadal on clay prior to 2006: 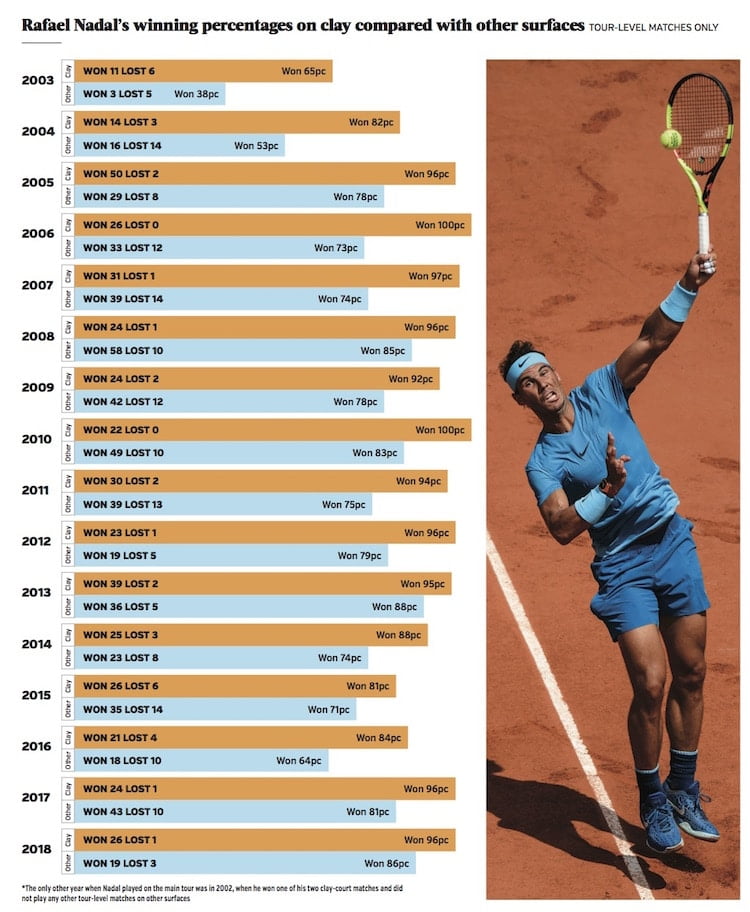