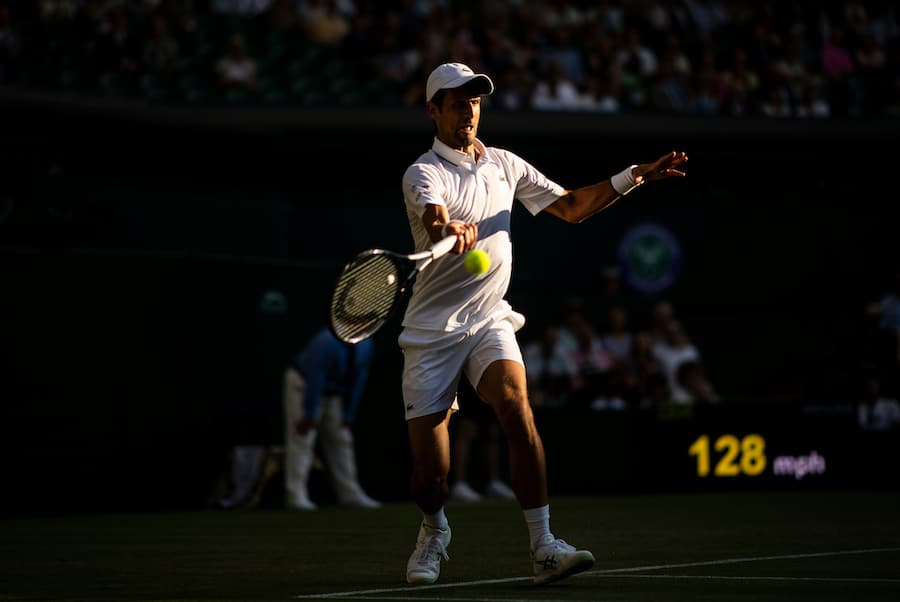 Who next for the ‘Big Three’ at Wimbledon? Federer, Nadal, Djokovic all in action on busy Monday

Tomorrow see’s all eight of the men’s fourth round matches taking place. The ‘big three’ are all in action, with Roger Federer, Novak Djokovic and Rafael Nadal all looking to continue successful starts to the Championships.

Having never missed a Wimbledon since his debut in 1999, Federer came into his 21st Championships on red hot form. He won the grass court Halle title in Germany for the 10th time last month, beating David Goffin in the final. The Swiss star is trying to make his 17th quarter final at SW19, and has in fact only failed to make it that far once since 2003, when he was knocked out by Ukranian Sergiy Stakhovsky in the second round in 2013. A win tomorrow will help him continue his campaign to win his first Slam since the Australian Open last year.

Matteo Berrettini also arrived at the All England Club in tremendous form. At just 23 years old he won his debut Tour-level title last month on the grass courts of Stuttgart. He beat Kyrgios, Khachanov, Kudla, Struff and teenage sensation Felix Auger-Aliassime en route. He backed this up with a solid semi-finals performance in Halle, but lost to Goffin. Sitting at a career high ranking of 20, he bidding to become the first Italian man since Davide Sanguinetti in 1998 to reach a Wimbledon quarter final.

Novak Djokovic will continue his bid to win Wimbledon for a fifth time as he takes on young Frenchman Ugo Humbert last on Court One tomorrow.

The Serbian world number one has never faced the 21 year old left hander before, and has only lost once at Wimbledon to a player ranked lower than Humbert at 66, when he lost to world number 75 Marat Safin at the 2008 tournament. The world number one has a formidable record against left handers, beating the last 19 he has faced at Grand Slam level, including Nadal in this year’s Australian Open final.

21 year old Humbert is looking to become just the third French player to beat Djokovic at a Grand Slam, joining Sebastien Grosjean and Jo Wilfried Tsonga, who did so at Wimbledon in 2005 and the Australian in 2010 respectively. The ‘NextGen’ star entered the top 100 October last year, and has had a successful 2019 making the semi-finals of Marseille before losing to fellow fourth rounder Mikhail Kukushkin.

World number two Rafael Nadal will be first up on Centre Court, as he faces Joao Sousa. The pair are meeting for a third time, with Nadal having won both previous meetings.

Sousa is coming off the back of a four hour five set win over Britain’s Dan Evans. It is the first time he has made a fourth round at a Slam, having previously lost in all six of his third rounds before the match against Evans. He gave Nadal a close match at their last meeting in 2016 at the Madrid Masters. Despite losing the first set 6-0, he was able to win the second 6-4 before a 6-3 loss in the decider.