After braking records as the first plater born in after 2000 to make it to the mens’ singles, its a shame for him that it had to end this way, but his opponent was a worthy winner and someone we’ll also be hearing a lot more about.

Auger-Aliassime went down to Humber in 3 straight sets 6-4, 7-5, 6-3 on the new No.1 court and it was a fitting stage for a match we may well see repeated in even later stages of Grand Slam tournaments for years to come

The dream #Wimbledon debut rolls into the second week…

Ugo Humbert beats Felix Auger-Aliassime to set up a tie with defending champion Novak Djokovic in the fourth round pic.twitter.com/OZHuzMZYXe

Humbert now faces Djokovic and he will be hoping he can give the French fans something to cheer about and possibly do something that a Frenchman has done since Yannick Noah at roland Garros in 1983 and win a Grand Slam. It’s a long shot but at this year’s Wimbledon you just don’t know! 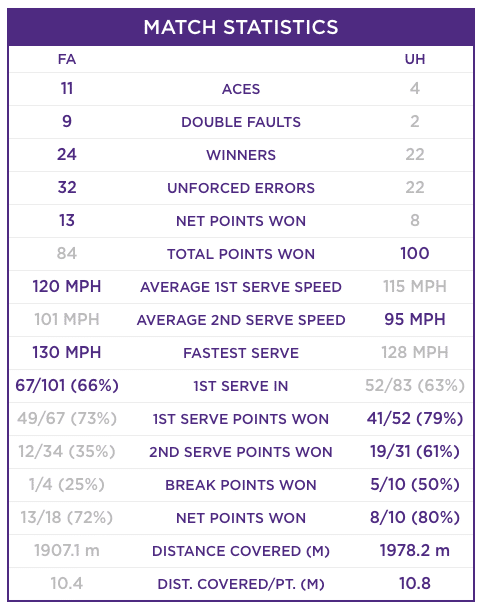