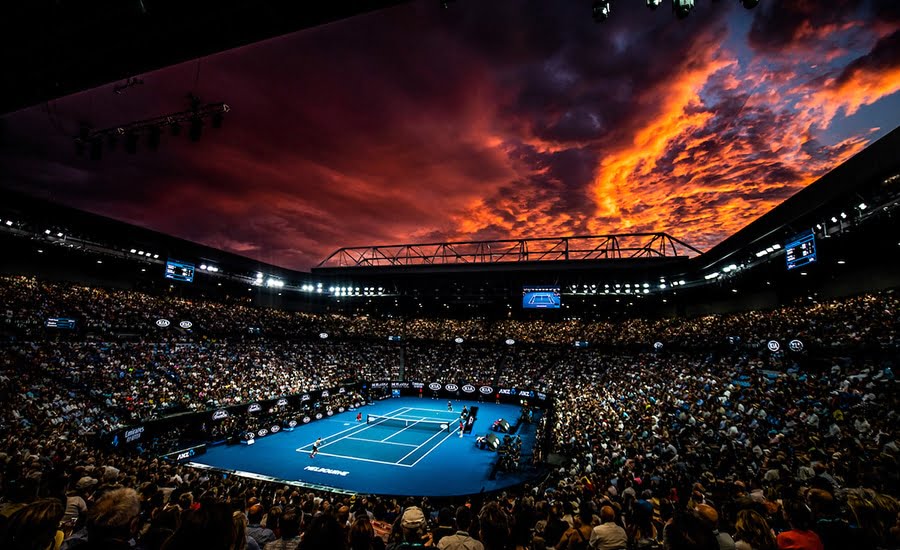 Fresh concerns over the viability of playing the Australian Open whilst bushfire smoke engulf Melbourne have been raised after poor air quality disrupted practice and qualifying.

The top players in the world, including Roger Federer, have descended on Melbourne this week to prepare for the tournament, and qualifying matches have also commenced.

However, with bushfires still rampant in Australia, unfavourable winds can severely reduce the air quality at Melbourne Park, which hosts the Australian Open.

Officials have said that roofs will be closed and indoor courts utilised wherever possible to remove any risk of delaying the tournament, but whether that can be prove to be an actual practical solution remains to be seen.

“Qualifying matches will begin at 11am. Conditions onsite are improving and we are monitoring them constantly.

Just gone past midnight and air quality index readings in Melbourne city centre have now risen past the 400 mark. Presently at a hazardous 406.

Three hours and 20 minutes until Australian Open qualifying is due to start… pic.twitter.com/MWUE0zr9EN

“Further decisions will be made based on onsite data, and in close consultation with our medical team, the Bureau of Meteorology and scientists from EPA Victoria.

“As always the health and safety of our players, our staff and our fans is our priority.”

The tournament proper is due to begin next week, and will see Novak Djokovic and Naomi Osaka defend singles titles.