Rafael Nadal says that he and Roger Federer cannot be compared to each other as he closes in on his long-term rival’s Grand Slam record.

Nadal won his 19th major title at the US Open, putting him just one behind Federer’s record tally of 20.

The Spaniard is five years Federer’s junior, meaning he is very well-positioned to surpass the Swiss, but he says the rivalry is more for the media and fans to enjoy rather than the players.

“Of course, is not [a comparison] because is a completely different story,” Nadal told reporters in New York when asked about how his career is stacking up to that of Federer’s.

“Well, that competition, if that attracts fans and create interest in the people, that’s good for our sport, no?

“I feel honored to be part of this battle. But I repeat the same: you can’t be all day looking next to you about if one having more or one having a little bit less because you will be frustrated.”

Federer and Nadal have been locked in a three-way battle for years for most Grand Slam crowns, with Novak Djokovic recently saying that it has become his primary motivation.

However, Nadal does not share that view, insisting the bigger picture is far more important. 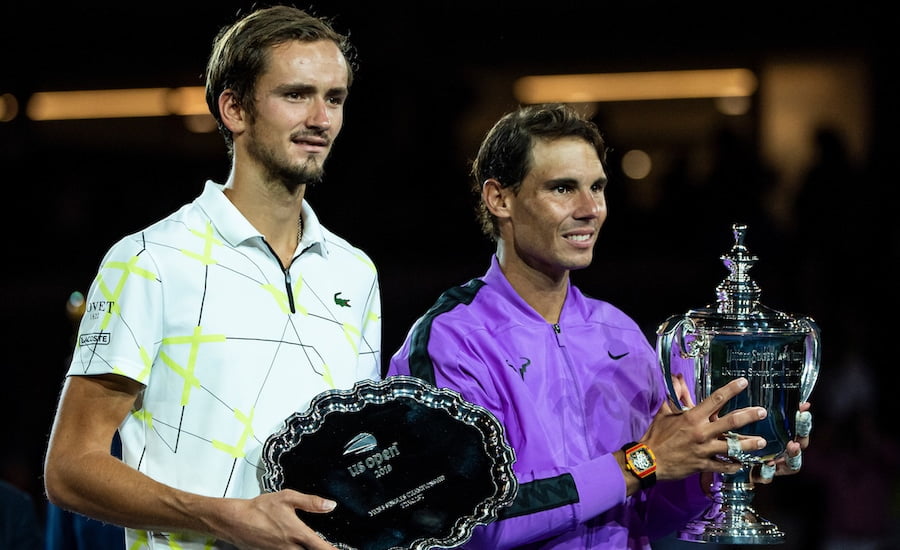 “I would love to be the one who wins more, but I am not thinking and I not going to practice every day or not playing tennis for it.

“I am playing tennis because I love to play tennis. I can’t just think about Grand Slams, no? Tennis is more than Grand Slams.

“I need to think about the rest of the things. I play to be happy.”