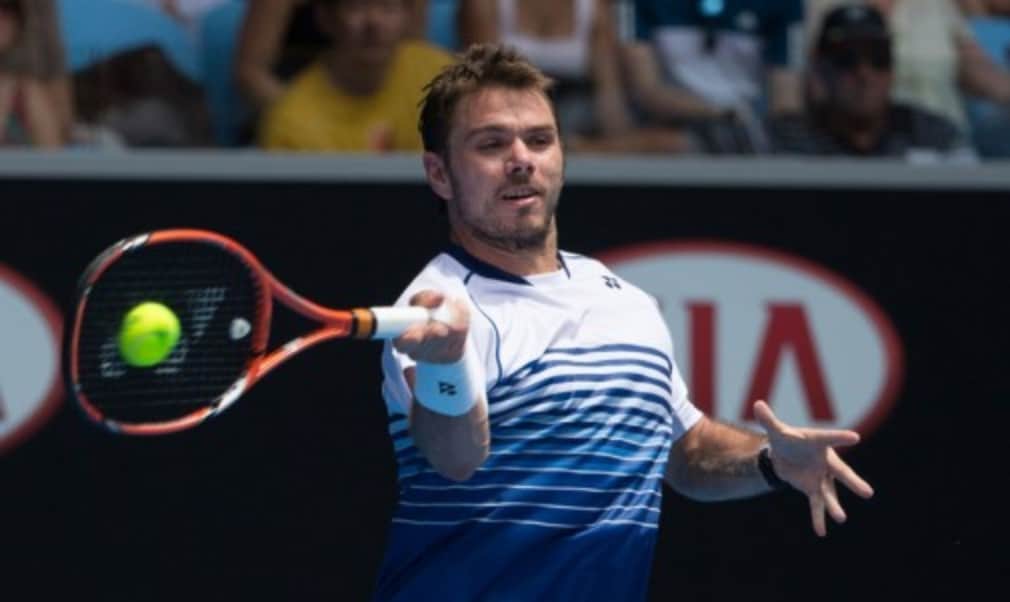 Wawrinka to face Nishikori in quarters

While his fellow Swiss Roger Federer dominated the headlines in the first week of the tournament before his shock third-round exit to Andreas Seppi, Stan Wawrinka has so far flown under the radar at Melbourne Park.

“I’m happy with the way I'm playing so far. I didn't spend too much energy on the court since one week,” said Wawrinka, who is on a 10-match winning streak in Melbourne.

“I'm feeling good since the beginning of the tournament. For sure I'm not the focus [but] for me doesn't matter. I'm feeling great. I'm happy the way I'm playing. So far everything is good for me.”

Despite his status as defending champion, Wawrinka has commanded little attention as he made steady progress through the first week, winning his first three matches without dropping a set.

He looked to be heading for a fourth straight-sets win when he led Guillermo Garcia-Lopez by two sets and a break, but suffered a wobble as the Spaniard threatened to stage a comeback.

After dropping his serve in back-to-back service games to surrender the third set, Wawrinka looked to have thrown away the fourth as well when he trailed 2-6 in the tiebreak, but he surged back, saving five set points to clinch a 7-6(2) 6-4 4-6 7-6(8) victory.

“I did maybe two mistakes, then he start to play a little bit faster, a little bit more flat,” said the No.4 seed. “I started to be on my defensive a little bit too much. I'm happy to get through. It was important to win that match again and it is great for me to be in quarter-final.”

Awaiting Wawrinka in the quarter-finals is fifth seed Kei Nishikori, who was impressive in a 6-3 6-3 6-3 victory over David Ferrer. Wawrinka has beaten the Japanese right-hander twice in three meetings, but Nishikori won their most recent encounter, a tight five-set battle in the last eight of the US Open in September.

“He's a tough, tough player,” Wawrinka said of his next opponent. “He improved a lot last year. He's a great shot maker. He can make winner. He always takes the ball really early. It's always tough to play against him. He doesn't give you a lot of time.”