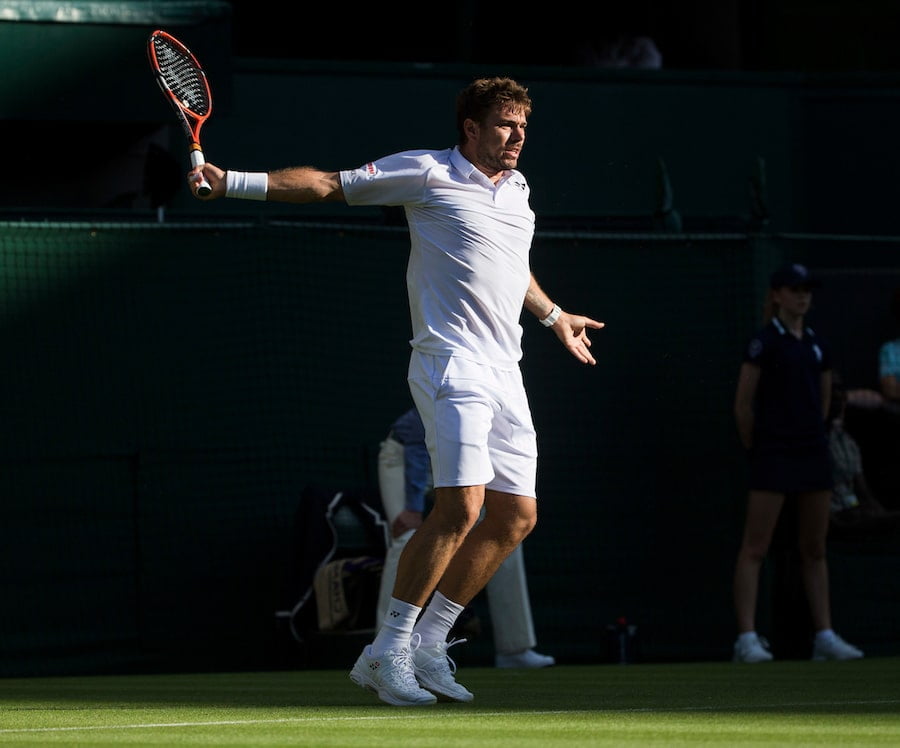 Stan Wawrinka is bidding to become the 9th man to win all four major tournaments. His potential path to a first Wimbledon success today is 6ft 11″ American youngster Reilly Opelka. First up on Court Two the pair have never played each other before.

Wawrinka lost in the second round at Wimbledon last year to qualifier Thomas Fabbiano 7-6 6-3 7-6 which was the first grand slam since 2007 the Swiss man had not been seeded due to extensive injury problems. He has however overcome 6th seed Grigor Dimitrov in the first round this year.

21 year old Opelka won his first ATP Tour title earlier this year in February, when he was victorious at the New York Open and beat world number 9 John Isner along the way. Standing 11 inches taller than three time grand slam winner Wawrinka, Opelka is making his Wimbledon debut in just his fourth career grand slam appearance. In the first round he beat Cedrik Marcel Stebe in straight sets, albeit his German opponent is currently ranked outside the world’s top 500 due to recent injury.

As for Wawrinka, he flew through his opening match 6-3 6-2 6-2 against Belgian qualifier Ruben Bemelmans. Seeded 22nd Wawrinka’s best performance at SW19 to date is two quarter final appearances. The first of these was 2014 when he lost to compatriot and eventual runner-up Roger Federer in four sets, whilst the next was the year after, seeing him lose 11-9 in a fifth set against 21st seed Richard Gasquet.

Living in Monte Carlo, Wawrinka does not boast a particularly impressive record on grass, winning very slightly over 50% of his matches.

Though he might be considered an underdog, Opelka will aim to use his lethal first serve to damage Wawrinka’s chances of making the third round. The American giant hit 64% of first serves in, and won on 78% them. He also delivered 11 aces along the way. Wawrinka scored lower, hitting 58% of first serves in and winning on 76% of them.