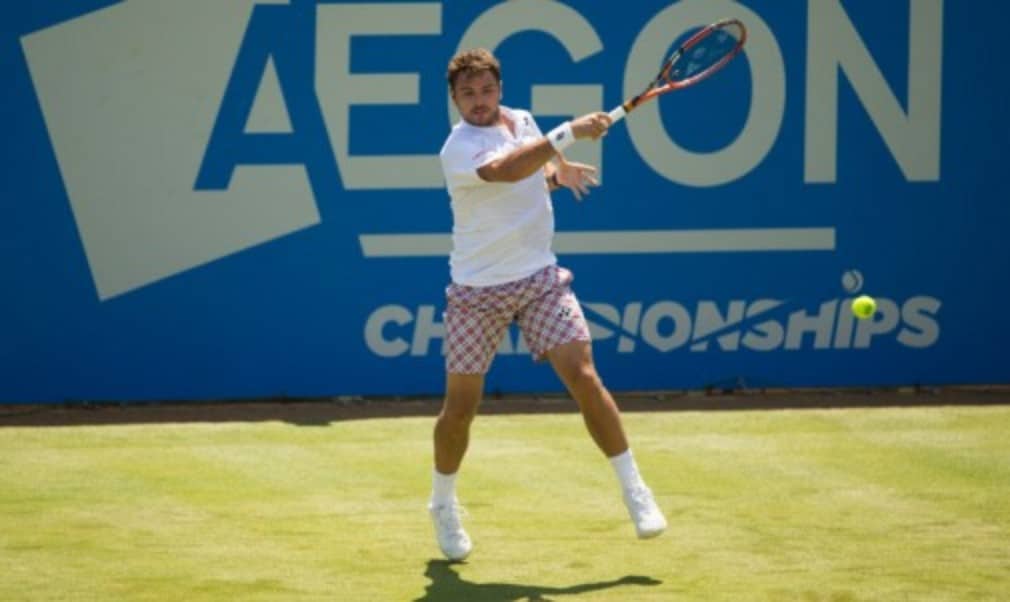 The No.2 seed made a seamless transition onto grass as he breezed past an out-of-sorts Nick Kyrgios in his opening match at the Aegon Championships, needing just 49 minutes to wrap up a 6-3 6-4 victory and set up a second-round clash with Kevin Anderson at The Queen’s Club.

Wawrinka initially appeared to struggle with the pressure of being a major champion following his maiden Grand Slam victory at the 2014 Australian Open, but the Swiss believes he is better equipped mentally to cope after winning at Roland Garros.

“[After] Australia everything was new and I didn't know what to expect,” said Wawrinka. “Everybody was saying it's going to change your life and change your career. And that's true.  You win a first Grand Slam, especially in that era and you have only the big four winning Grand Slam in 10 years.  So that was a big thing for myself.  I [made] few mistakes after; I had a lot of ups and downs.  I had to learn and to change the way I was and try to adapt to my new life.

“Maybe the little mistake I made after Australia was I took six weeks off tennis tournaments.  That was maybe a little bit too long.  I have to focus on the tennis again, because I don't really have a choice, because the grass court [season] is here.”

Wawrinka is making only his third appearance at Queen’s, but he believes the ATP 500 tournament offers him the best possible preparation for Wimbledon.

“I played Halle a long, long time ago. Since then I always try to come here,” said Wawrinka, who lost in the semi-finals to eventual champion Grigor Dimitrov last year. “I think the courts are amazing. It’s the same as Wimbledon, so it’s perfect preparation for me. I enjoy the atmosphere, and the club. For me, it is great if I can be in London for a whole month, stay in the same house and just [relax] and prepare for Wimbledon.”