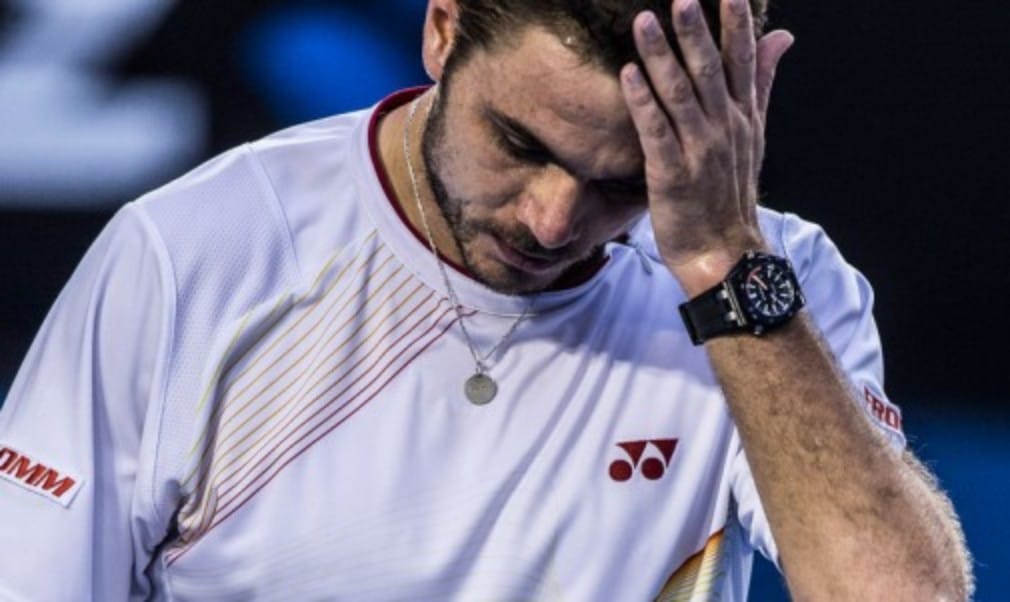 Wawrinka beaten for first time in 2014

Wawrinka, who lifted the title in Chennai before claiming his maiden Grand Slam in Melbourne, saw his 14-match winning streak come to an end in California.

World No.18 Anderson, who came to Indian Wells on the back of consecutive hard-court finals in Delray Beach and Acapulco, claimed his first win against Wawrinka in four attempts.

"For sure he's playing well," said Wawrinka. "He's a tough player to play in fast conditions. He's serving big and always put a lot of pressure.

"But I'm more disappointed with myself. I felt I was tired mentally, but that's not the problem. I should just accept that and be positive. I think I was negative on all the match. I was complaining a lot about my serve, about the way I was playing, and with that, I don't deserve to win matches. I think I should have been more positive with myself, just trying to find solution, because it was still a close match."

There are only two Top 10 players in the quarter-finals following Wawrinka’s loss and Andy Murray’s defeat to Milos Raonic on Wednesday. Raonic came from a set down to claim a 4-6 7-5 6-3 victory and set up a quarter-final clash with Rafael Nadal’s conqueror Alexandr Dolgopolov, a 6-2 6-4 winner against Fabio Fognini.

Novak Djokovic looked to be joining Murray and co. in making an early exit, but the Serb rallied to beat Marin Cilic 1-6 6-2 6-3. The world No.2 will meet Julien Benneteau in the last eight, while John Isner and Ernests Gulbis will meet in the other quarter-final.