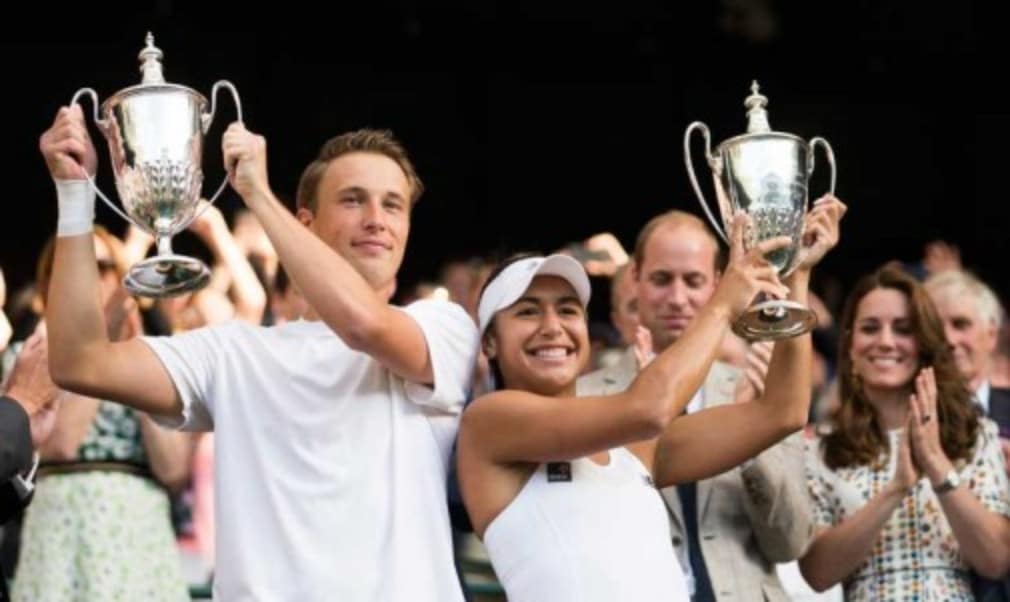 Watson and Finland’s Henri Kontinen defeated Robert Farah and Anna-Lena Groenefeld 7-6(5) 6-4 on Centre Court to become unlikely champions on the final day at the All England Club. Watson is the first British mixed doubles champion since Murray won the title with Jelena Jankovic in 2007, and the first female winner since Jo Durie in 1987.

Watson and Kontinen had never played together before the tournament; they had tried to play at Roland Garros but did not get into the smaller 32-team draw in Paris.

They did not even step on court until the third round after back-to-back walkovers – against American pair Denis Kudla and Louisa Chirico in the first round and second seeds Bruno Soares and Elena Vesnina in the second round. In their first match together, they upset defending champions Leander Paes and Martina Hingis to embark on a fairytale run to the title.

“Who would have thought we're here as champions, for me, after such a horrible firstround loss,” said Watson, who had three match points in her first-round defeat to Annika Beck in the singles. “I made it to the last day of Wimbledon, which has been always one of my goals to reach just the second week of a Slam.

“I couldn't have chosen anybody better than with Henri.  He made our time on court so fun.  Off the court as well, like warming up together.  It was just fun and easy. I'm just so freaking happy.”