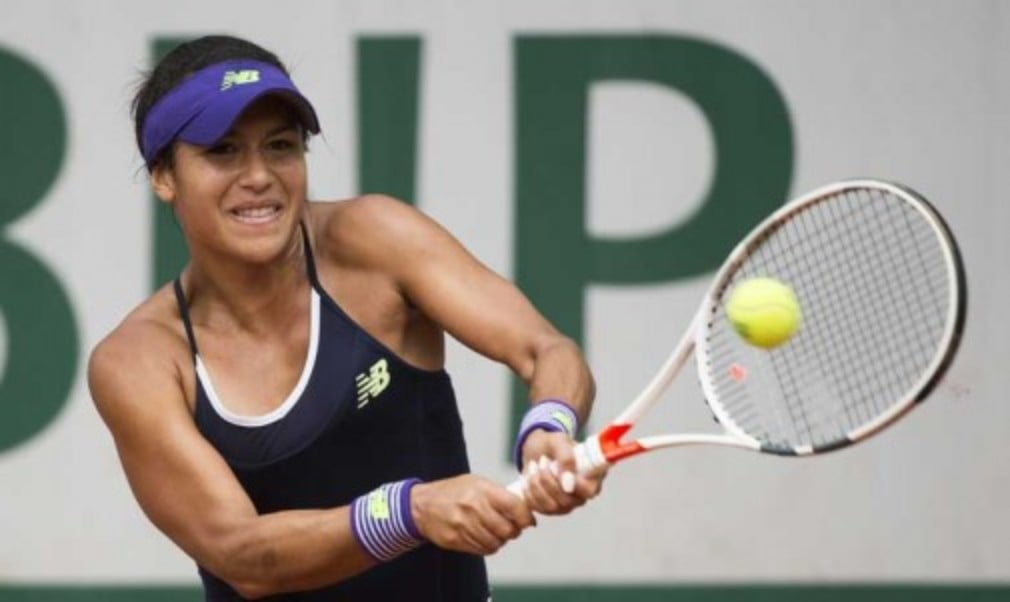 Watson happy to stay cool on rainy day in Birmingham

The British No.2 was speaking after her straight sets first round win over Camila Giorgi on Monday, setting her up for a potential clash with Nottingham winner Karolina Pliskova on Wednesday.

A break of serve in each set was enough to give the home favourite a 6-4 7-5 win just moments before a downpour ended play for the day.

“I think biggest difference [to last week] today was mental," said Watson. "I was a bit up and down in Nottingham and I was getting a bit frustrated with myself. Today I thought I kept my cool very well.

“My first serve percentage dropped in that second set. I was starting the points with my second serve. I knew that in my mind, but I couldn't figure out what I was doing wrong on my serve, why I was missing my first serves, and I figured it out. It was my legs. I just needed to push off more. When I needed it in that last game, it was there.”

Watson also said she felt she had adapted to being back on the grass and was happy to get through against a dangerous opponent.

“She [Georgi] doesn't give you any rhythm. She'll hit a lot of winners, but she'll make some mistakes as well. So it's tough.

“I was just really pleased with how positive I was, especially in the second set when I was breakpoints down. I thought those games turned out to be very crucial in the end.”

Bad weather stopped fellow Britain Naomi Broady from getting on court for her first round match against Daria Gavrilova, while Tara Moore and Johanna Konta were not scheduled to get their campaigns underway until Tuesday at the Edgbaston Priory Club.