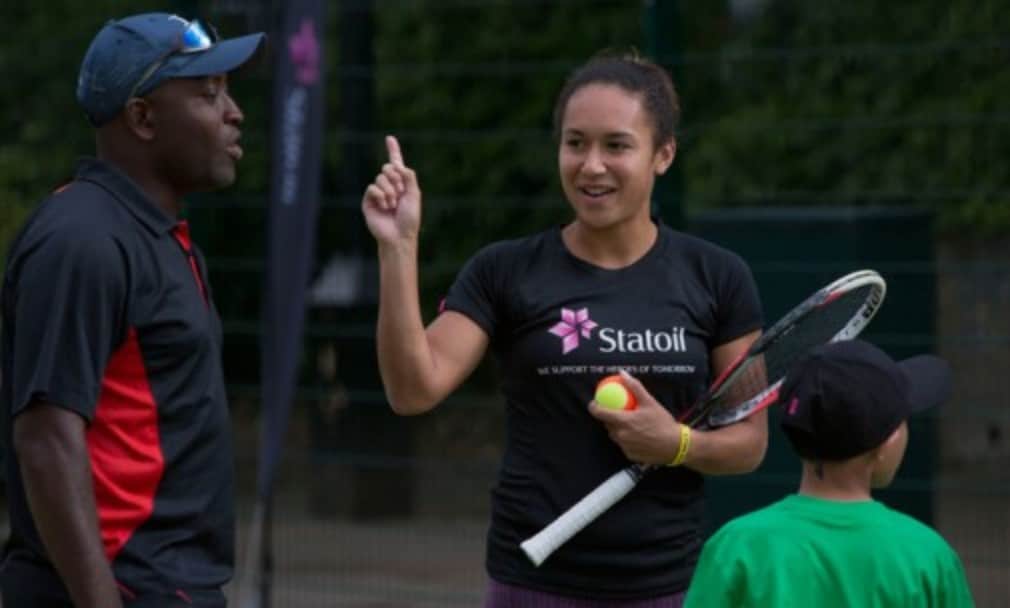 Watson building up to her big breakthrough

The 20-year-old showed that she is firmly on the comeback trail by coming through three rounds of qualifying at Roland Garros and then beating world No.63 Barbora Zahlavova Strycova in the first round. Although she could not follow in the footsteps of Garbine Muguruza and Anna Schmiedlova by causing an upset in her second-round clash with No.4 seed Simona Halep, it was still a positive experience for Watson in only her third tournament since returning from a rib injury.

Her nine-match winning streak, that included lifting the Prague Open, has catapulted her up to No.69 in the world and seen her reclaim the British No.1 spot from Laura Robson. While she plays down the significance of the latter – along with the added pressure on her this summer with Robson out with an injury – she is aware how important it is to keep pace with the new generation of players.

“The depth of women’s tennis is so strong now,” she said. “The younger players are coming through and really shining now, it’s the start of a new generation.”

At the age of 20 there is no doubt Watson is firmly amongst the younger generation. Born is 1992, she is a similar age to the likes of Muguruza, Sloane Stephens, Ajla Tomljanovic and Halep, all of whom impressed at the French Open. But does she feel ready to make her own breakthrough?

“Everybody has their own timeline, everybody is different,” she says. “Serena [Williams] and [Maria] Sharapova have been around since they were very young and then someone like [Sam] Stosur and Li Na have come up when they are older. Everybody works in their own time.”

Despite her recent injury problems, Watson has enjoyed a positive year so far. She won the ITF Midland in February, came through qualifying and reached the second round in Indian Wells before tasting success again in Prague. Her main target this year remains winning a WTA title and she is hoping that might happen at home this summer.

"I love the grass courts,” said Watson, who gets her grass court season underway against qualifier Alexandra Wozniak at the Aegon Classic in Birmingham. “I love being at home driving to tournaments, usually I have to lug all my luggage around, I really do enjoy it, it’s at home I just want it that little bit more. I want to win a WTA title this year, the one I won in Prague was basically a WTA, I think I played one player not in the top 100, so I am pleased with winning two titles so far this year. I didn’t win anything last year so it was a very good feeling. But I wasn’t that satisfied because I still want more and I think that’s a positive thing.”

In a bid to improve her chances of winning her first grass-court title, Watson has been working on a more aggressive game plan with coach Diego Veronelli. It is one that could pay dividends on the faster surface, as long as she can adapt in time.

"I do need time to adapt from the clay,” she said. “It’s polar opposites, it would be easier going from grass to clay because at the moment you are going from something slow to something firing at you. “But I’m an all surface player and I have won matches on all surfaces. I made the third round of Wimbledon, I recently won a tournament on clay and earlier this year I won a tournament on hard courts so I don’t mind, I like them all.”

She would, though, approve of a longer grass court season, as is happening from next year. “I would definitely like the longer gap next year, they are adding another tournament in so that should be good.”

Heather Watson was speaking at a Give it Your Max charity tournament as part of Statoil’s ‘Heroes of Tomorrow’ initiative, which supports young people in sport, education and culture.