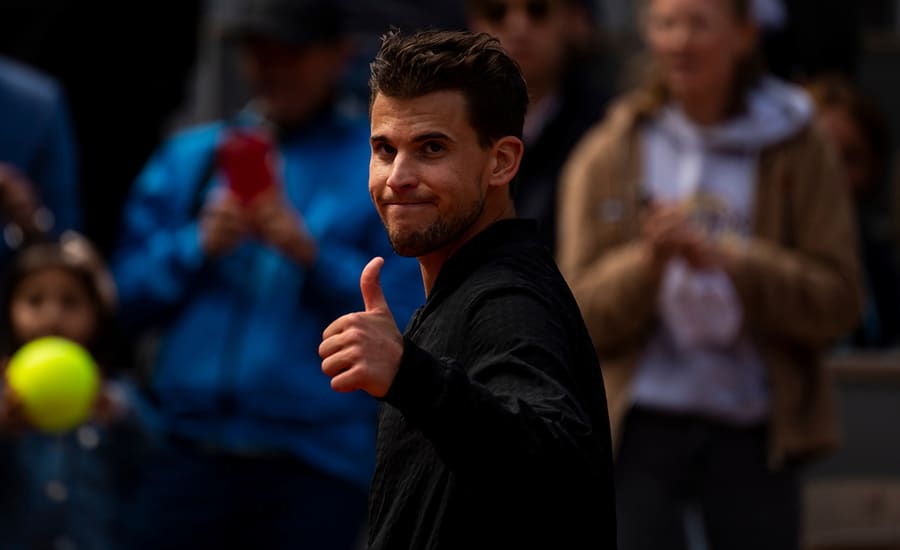 As the fourth highest ranked male tennis star in the world, we should probably expect pinpoint accuracy from Dominic Thiem.

One fan maybe should have bee paying more attention to that, though, as Thiem somehow managed to knock his phone clean out of his hand.

The moment occurred during his warm-up to his match against Marin Cilic, when the Austrian was practicing some gentle overheads.

Although apologetic, the incident didn’t seem to bother Thiem too much, as he carried on his brilliant recent form to best Cilic, even if he had to fight very hard for it by saving nine break points.

“I’ve really had a great transition from good confidence in the European summer,” he said after the match.

“That’s also my first quarter-finals here. The match today was unreal because I saved nine out of nine break points, which doesn’t happen that often.

“The last three, four years I didn’t play worse than this year, but I just came with low confidence and I came a little bit sad to Canada because I didn’t play good in my own home tournament where I usually, of course, have a lot of pressure.

“This year everything is different. I won this title (Kitzbuehel) at home.

“I made one of my biggest dreams come true. Of course, I’m so confident coming here. That’s the difference.”

Thiem is looking to win his second career Masters title, after beating Roger Federer in the final of Indian Wells earlier this year.

Look ahead to the rest of 2019 with our guides to every tournament on the ATP Tour and the WTA Tour. If you can’t visit the tournaments you love then do the next best thing and read our guide on how to watch all the ATP Tour matches on television in 2019. To read more amazing articles like this you can explore Tennishead magazine here or you cansubscribe for free to our email newsletter here