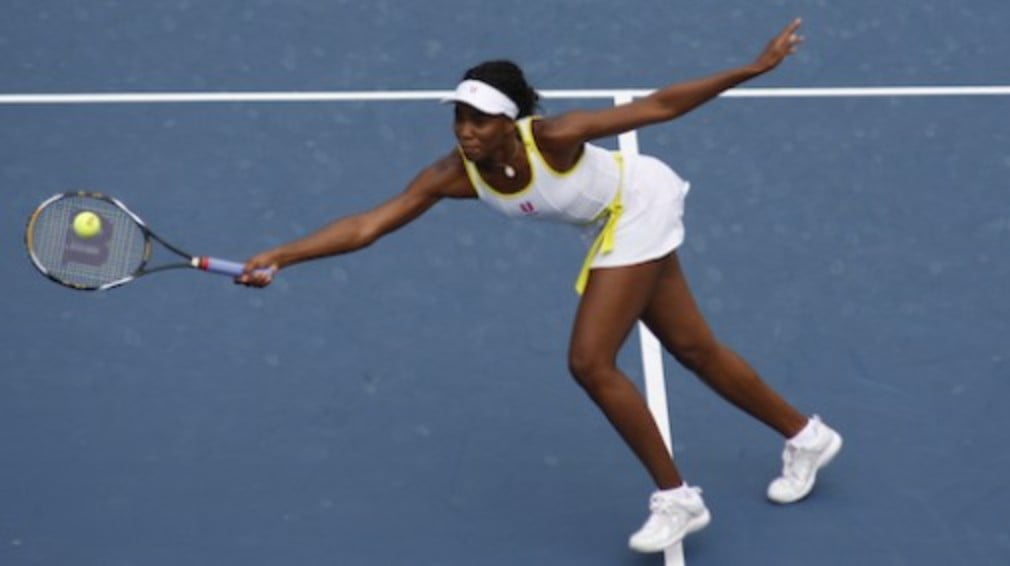 Venus wins the battle of the sisters

Venus Williams booked her place in the semi-finals of the 2008 Sony Ericsson Championships by beating her sister Serena in three sets in Doha on Thursday.

The Wimbledon champion shrugged off the loss of the first set to come away with a 5-7, 6-1, 6-0 victory at the Khalifa Stadium to end her round robin matches in the Maroon Group with a played three, won three 100% record.

‘I just couldn’t keep a ball in play’ – Serena

With victories over Dinara Safina, Elena Dementieva and now Serena under her belt, 28-year-old Venus is guaranteed first place in her group and qualification into Saturdays semi-finals.

Dementieva beat Safina 6-2, 6-4 in the final match of the day to set up a showdown with Serena on Friday that will decide who will go through to the last four with Venus.

US Open champion Serena was the one who played the better tennis in the opening set of the all-Williams clash before her game fell apart completely.

Unforced errors flew from her racket and she was broken three times in the second set and another three in the decider as Venus ran away with the match.

“I just couldn’t keep a ball in play,” Serena said afterwards. “Everything was off. I didn’t even look like a top-eight player today. Maybe top 600 – in the juniors.”

In Saturdays semis, Venus will play either world No.1 Jelena Jankovic or Russian world No.9 Vera Zvonareva those two meet on Friday to decide the winner of the White Group.

“It wasn’t the happiest match,” Venus said of her battle with her sister. “The best part is that [Serena] still has an opportunity to qualify.”

Earlier on day three Jankovic beat Svetlana Kuznetsova 7-6, 6-4 to guarantee semi-final qualification for herself and Zvonareva,
who have both won two out of two group matches. The result means French open champion Ana Ivanovic is out of the event.