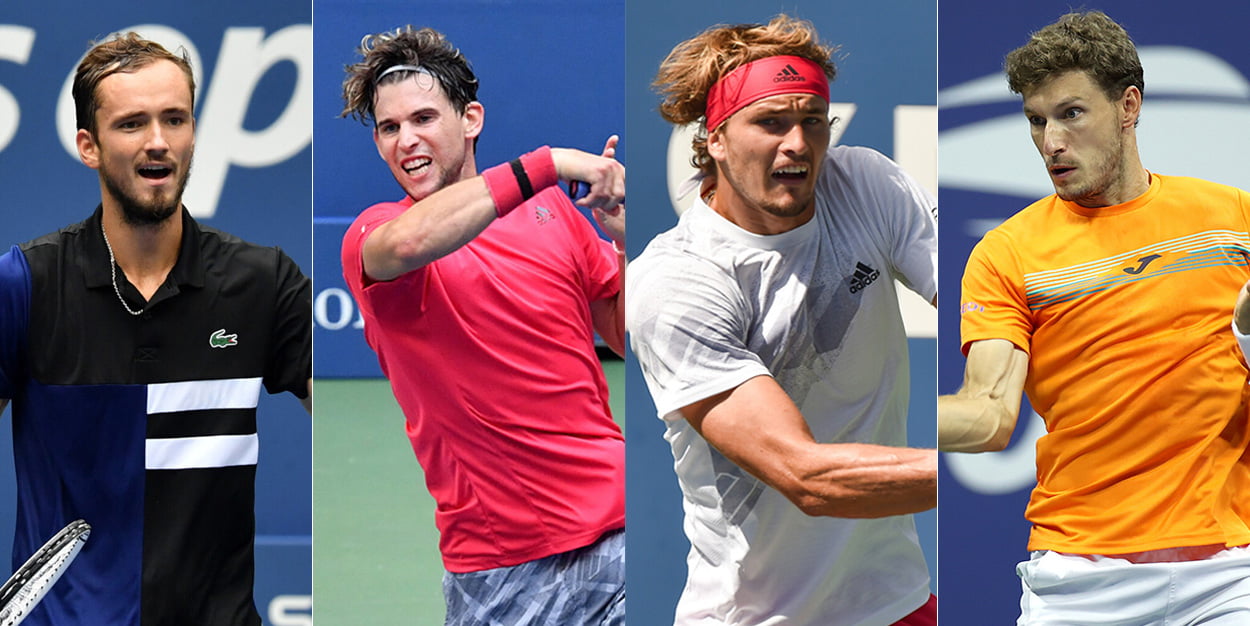 Prior to the tournament, Novak Djokovic was the odds-on favourite to win the US Open and claim his 18th Grand Slam singles’ title. After the unthinkable happened, we are now left without Djokovic and indeed without any of the Big 3. We are guaranteed a brand-new men’s singles major champion for the first time since Marin Cilic at this same event, six years ago, when he beat Kei Nishikori in another surprising final.

It will also mark the first time that a player born in the 1990s has won a major. Cilic, now aged 31 (b. 28/9/88, and just five days younger than Juan-Martin del Potro) is currently the last-born man to have won one of the sport’s showpiece events. That is all about to change but who will be there on Sunday to battle it out for this historic title win?

If things had played out in line with the seedings, this would be a match between Novak Djokovic and Stefanos Tsitsipas. If that had come to pass, in spite of the young Greek’s obvious talents, few would have bet against the world number one and 17-time Grand Slam champion progressing to yet another major final. As things are, however, the result is anything but obvious.

To the casual fan, Carreno Busta may be a name unheard of until he became the beneficiary of Novak Djokovic’s unforeseeable default in round four, but the Spaniard is no stranger to the US Open semi-finals, having also reached this stage back in 2017. Some may argue that on that occasion he was gifted an especially fortuitous draw – four qualifiers in the first four rounds, before losing to an in-form Kevin Anderson in the final four – but a player can only beat the opponents put in front of him.

This year, Carreno Busta began with a five-set win over Yasutaka Uchiyama before putting in far more convincing performances against Mitchell Krueger and Ricardas Berankis. Then came that infamous fourth round encounter against Djokovic. When Djokovic hit the ball behind him, which unfortunately hit an unsuspecting lineswoman, Carreno Busta was leading 6-5 with a break. Whether he would have gone on to win the match, or even to serve out the set, we shall never know, but undeniably he was causing the Serbian problems and had the definite advantage. A five-set win over 12th seed Denis Shapovalov in the quarter-finals went a long way towards proving to some naysayers that his presence in the last eight was no fluke. 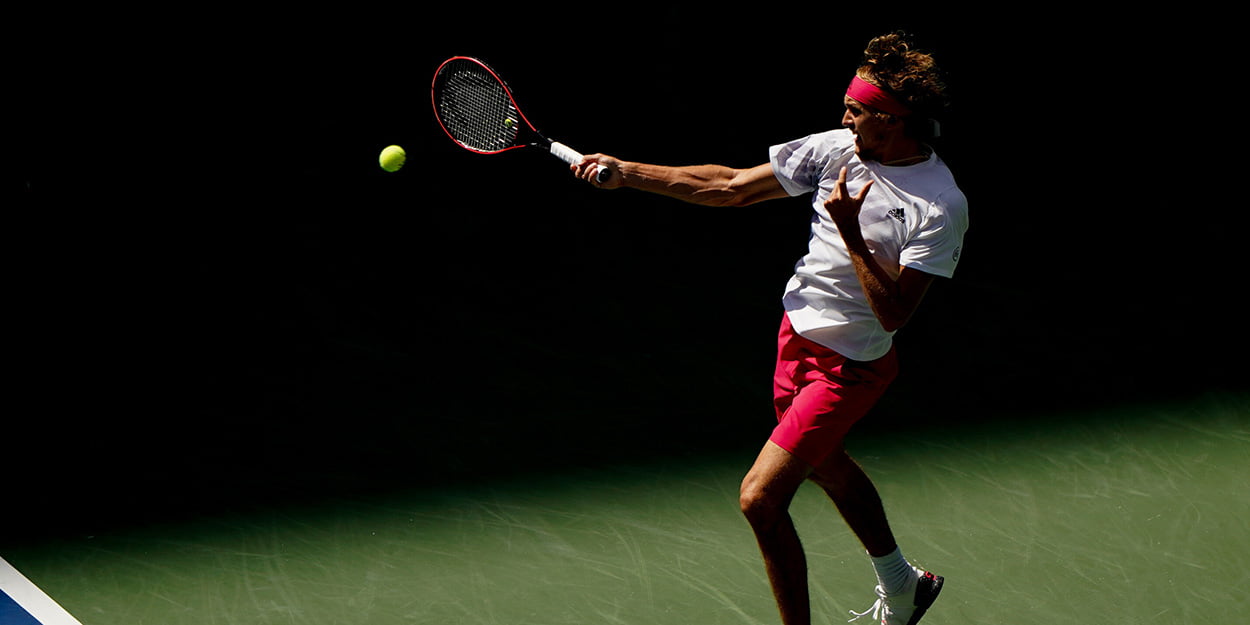 Alexander Zverev, meanwhile, has long been touted as a potential heir to the big three’s throne(s) but only reached his own first major semi-final at this year’s Australian Open. A second in as many tournaments is a good sign for his fans, however, and this could be his time to take the next step.

The German 5th seed began his campaign with four-set wins over Kevin Anderson, Brandon Nakishima and Adrian Mannarino, before upping his level to beat Alejandro Davidovich Fokina 6-2 6-2 6-1. In the quarter-finals, Zverev found himself up against a tough opponent in Borna Coric (who knocked out Stef Tsitsipas in round three) but the young German showed great strength and character as he came from behind to win 1-6 7-6(5) 7-6(1) 6-3.

The pair have only met once with before, with Zverev triumphing 7-6(4) 6-2 in semi-finals of Miami back in 2018. Whilst they also have just one prior major semi-final appearance each on their respective resumés, Zverev is the man with the far more impressive career elsewhere. He has eleven career titles to Carreno Busta’s four, and that includes three Masters 1000 crowns as well as winning the 2018 ATP World Tour Finals, meeting Djokovic in the championship match. The match tonight, one feels, is on the German’s racquet, but the pressure of finally making good on all of his potential may be too much, and if that’s the case then steady, error-free play from Carreno Busta may see him through to Sunday’s final.

Unlike the other semi-final, this one, from as soon as the draw was announced, has been expected and highly anticipated. Medvedev and Thiem have both made Grand Slam finals in the past year and, for most people’s money, are sure-bet future major champions. For one of them, that wait may not last too much longer.

Last summer Medvedev went on an incredible run of form, reaching six consecutive finals that encompassed three Master 1000 tournaments and the US Open. That day, Medvedev came up against Rafael Nadal and he lost the first two sets and went down a break in the third. From there, the Russian began playing some extraordinary tennis and pushed Nadal all the way, taking the match to a fifth set, but ultimately it was the Spaniard who came out on top, winning 7-5 6-3 5-7 4-6 6-4 in just under five hours.

This year, Medvedev has been in imperious form, and he enters the semi-finals as the only man to have not yet dropped a set. He came very close to doing so in his quarter-final against compatriot Andrey Rublev when he was down 6-2 in the first set tie-break, but with a bit of magic and a bit of luck the 4th seed prevailed 7-6(6) 6-3 7-6(5). 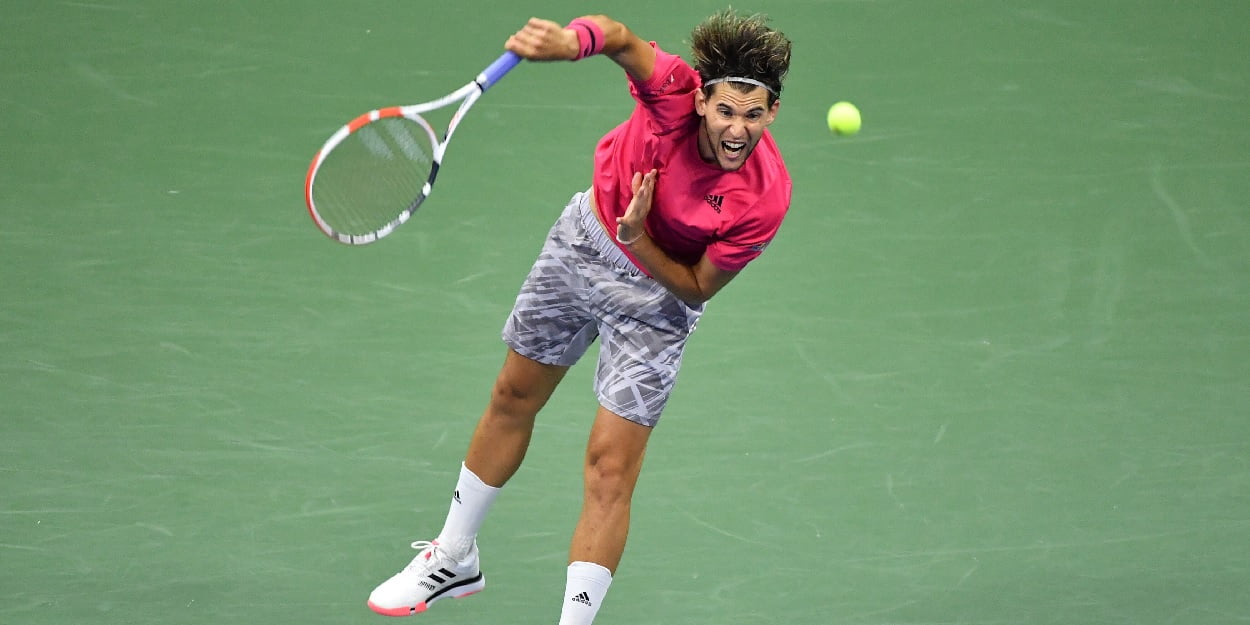 Dominic Thiem’s form has been similarly impressive. In has last two matches, against Alex de Minaur and Felix Auger-Aliassime, the Austrian has made two very good players look very ordinary, and earlier this year he reached the Australian Open final, losing a very close match to Djokovic, 6-4 in the fifth.

Further to that final in Australia, Thiem has also played in the past two French Open finals, but came up short in both against Nadal. This time, however, he is guaranteed to not have to face off against one of the all-time greats in the final, should he get there, and he will undoubtedly be viewing this as a golden opportunity to break his duck.

The two highest seeds left in the draw have played each other only three times before, with Thiem leading the series 2-1. Medvedev, however, won their most recent encounter, 6-3 6-1 in the quarter-finals of last year’s Canadian Open. Picking a winner is incredibly tough and whoever comes through here is going to be a big favourite come Sunday, meaning that the stakes are incredibly high. There is no real proof to suggest that either man will falter under the pressure, but then again neither has been in this situation, without any of the big three standing in their way, before.