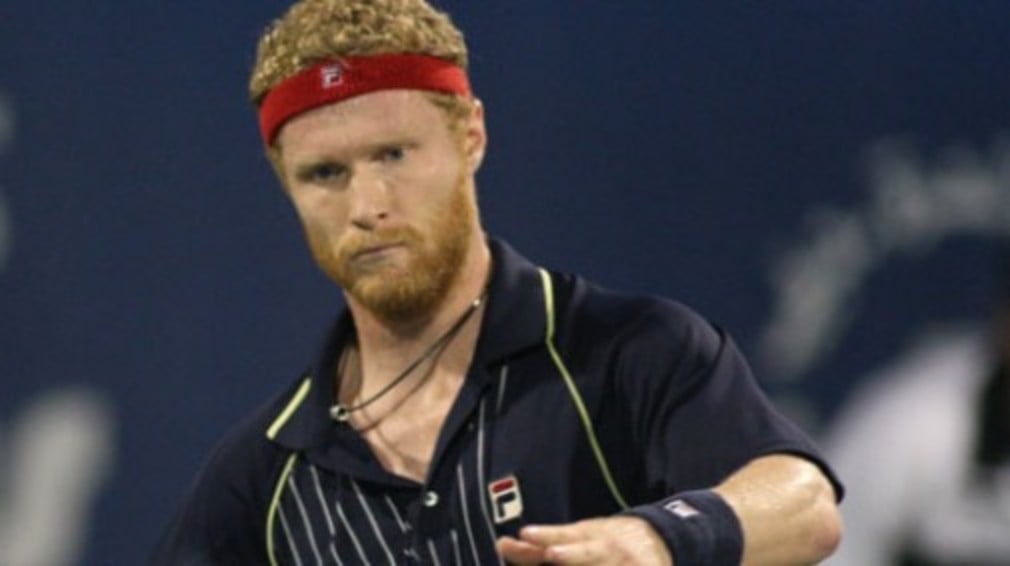 Defending champion Dmitry Tursunov fought back from a set down to beat top seed James Blake 4-6 6-3 6-4 and reach the final of the Indianapolis Championships.

Blake came into the match on the back of a dominant performance in the quarter-finals, having dispatched Lu Yen-Hsun 6-2 6-0. His first set performance suggested he had picked up where he left off holding his serve comfortably and breaking once to secure the set.

However, Tursunov produced a strong service set of his own, recording four aces on the way to taking the second, and broke Blake’s service twice in the final set. Blake launched a late charge to reach break point in the final game before Tursunov recovered to seal the victory.

The Russian has the chance to join Americans Pete Sampras and Andy Roddick as the only players in the last three decades to defend the tournament title. In his way stands Gilles Simon, after the Frenchman got the best of an exciting 6-3 4-6 6-4 win over local favourite Sam Querrey.

No.2 seed Simon saved 16 of 19 break points to claw his way into the final, including all eight break points he faced in a grueling third set to close out the match.

The 23-year-old cruised through the first set with his tired opponent visibly struggling in the humid heat, and looked to have the match in the bag with a 4-2 lead in the second set, but after a medical time-out Querrey fought back to force a final set.

The advantage ebbed and flowed in the decisive set but a superb backhand from Simon at 4-4 turned the contest his way and booked him a place in Sunday’s final.

After failing to convert three break points at 3-4, the Frenchman found himself down 0-40 in the next game. At 30-40 a Querrey smash had him scurrying deep behind the baseline on the ad court. But Simon responded with a sensational crosscourt backhand pass – hit from above shoulder level – past a disbelieving Querrey at the net, and closed out the game to lead 5-4.

A demoralised and clearly fatigued Querrey dropped his next service game to lose the match.