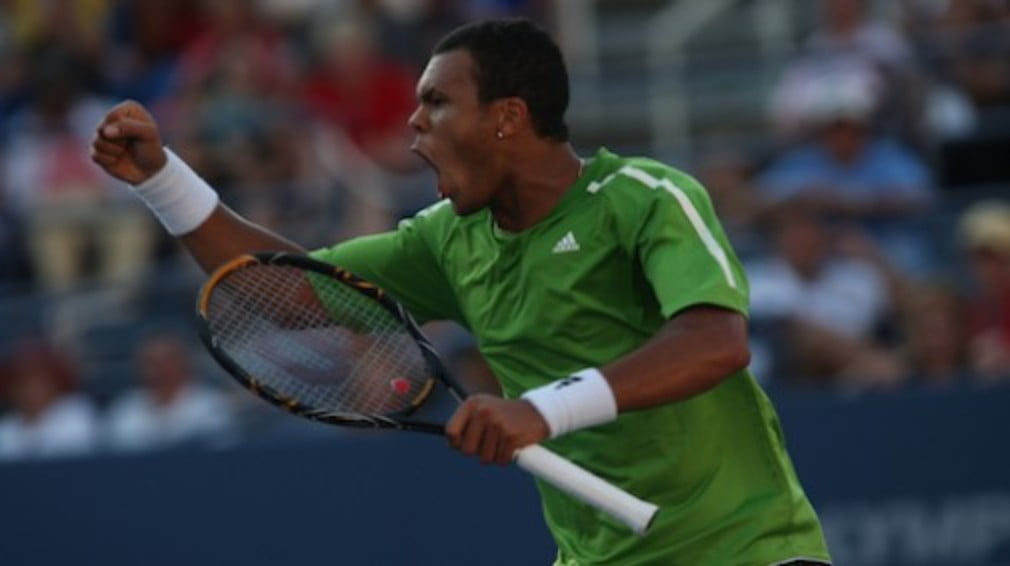 Jo-Wilfried Tsonga is ending the year as he started it, winning big matches and winning hearts. The Australian Open finalist claimed the second title of his career, beating defending champion David Nalbandian 6-3 4-6 6-4 to win the Paris Masters and qualify for the season-ending Masters Cup.

The No.13 seed Tsonga becomes the first Frenchman since Sebastien Grosjean in 2001 to win the indoor tournament in Bercy.

Nalbandian couldn’t match Tsonga’s whirlwind start to the match, dropping serve with a double fault to immediately hand the home favourite a 2-0 lead in the first set.

The 23-year-old Frenchman was rarely troubled on serve, needing to save only one break point in game 7 of the first set and serving 25 aces during the match. The solitary break was all he needed to seal the first set.

Nalbandian served an ace of his own to save a break point in the opening game of the second set, and suddenly both players found their range, producing four straight love service games between them.

Then, inevitably it seems in Paris, Tsonga’s level started to dip. In game 8, he fell 0-40 back on serve before rallying with four aces to hold for 4-4. But he was 0-40 down again in game 10, and Nalbandian broke to level the match.

The deciding third set was a nervy affair – understandably with not just a title but a spot in the Masters Cup on the line. Tsonga broke Nalbandian’s serve for a 2-1 lead, but had to save a break point in game 6 with an ace.

Nalbandian’s frustration showed in game 8 when he buried his racket into the court, but he kept his composure to hold serve in game 9 and then put Tsonga down 0-40.

But the Frenchman saved all three break points, hit an ace to bring up championship point and got the crowd on their feet. Tsonga won the match at the first attempt, Nalbandian netting after a brief rally.

“I think everyone contributed to my victory today, this one’s for you,” Tsonga told the home crowd. “This ends a great season for me. I’ve played really well and the cherry on the cake is that I will go to Shanghai.”

Nalbandian was gracious in defeat. “He’s a great player and has played brilliantly all week,” the Argentine, who misses out on a Masters Cup berth, said. “He deserves this title.”