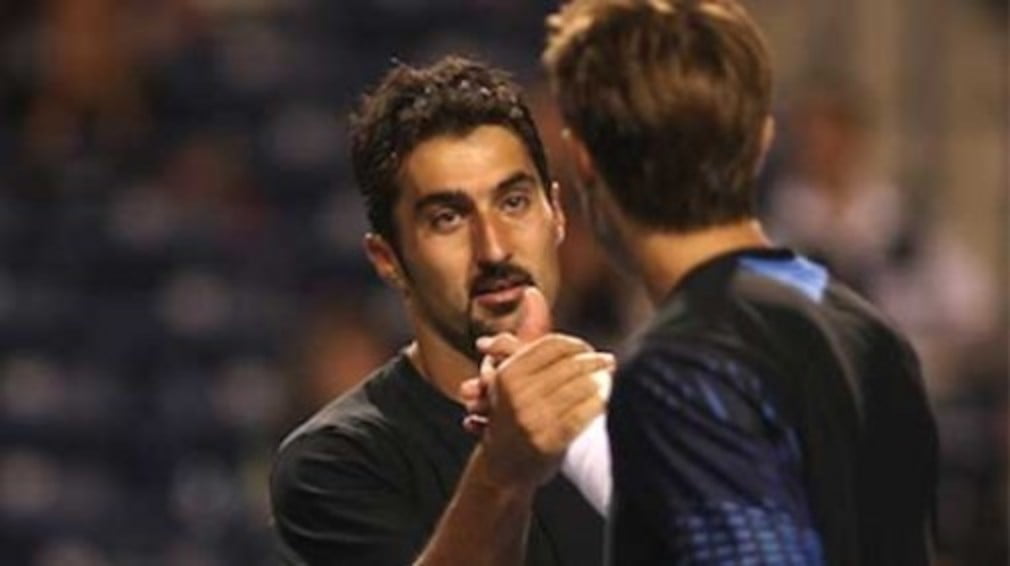 A missing passport might have derailed one of the best weeks in the careers of Daniel Nestor and doubles partner Nenad Zimonjic, who sealed the year-ending No.1 spot with a 7-6(3) 6-2 win over Bob and Mike Bryan in the Masters Cup final.

The team nearly didn’t play in Shanghai after Zimonjic called Nestor to inform him that Miami customs officials misplaced his passport. “He called me a few hours before my flight and didn’t know where his passport was,” said the Canadian. “I didn’t know whether I should board the plane.”

But another call not long afterwards confirmed that the document was back in safe hands and Nestor took off for Shanghai with the crisis averted. “Anyway, it all worked out in the end. It’s a good story for the future. We can laugh at it.”

And work out it did. The duo produced an efficient 73-minute victory over the Americans, vaulting Nestor and Zimonjic past the Bryans into top spot in the doubles rankings. The duo finished the year with an impressive 47-17 win-loss record. Zimonjic technically finished as the top individual player as he had played two fewer tournaments in 2008 than Nestor, who finished on the same points as the Serbian.

“We really get on a roll – I think when we’re playing well, we’re deserving of the No. 1 ranking. It was a fight to the finish in the final match of the season.”

The win denied the Bryans a fourth straight year-ending No.1 ranking. Bob Bryan, nursing a shoulder injury, proved to be the weak link as he was broken twice in the second set as Nestor and Zimonjic sealed victory.

“It was a little bit surprising to win the second set like that,” said Nestor. “But there’s so many times when we’ve played against them and they’ve been dominant, too. So it’s nice to get it back.”

“It all worked out in the end. It’s a good story for the future. We can laugh at it” – Nestor

Zimonjic, who joins Jelena Jankovic as a Serbian 2008 season-ending world No.1, was also happy to revel in success. “I would like to thank Danny for playing, it definitely wasn’t easy decision for him after having such a successful partnership with Mark,” he said.

“We proved that we could play well. Obviously this is the best season I’ve ever had – winning Wimbledon, playing finals at the French, and coming here as second seed, fighting for the first spot.”