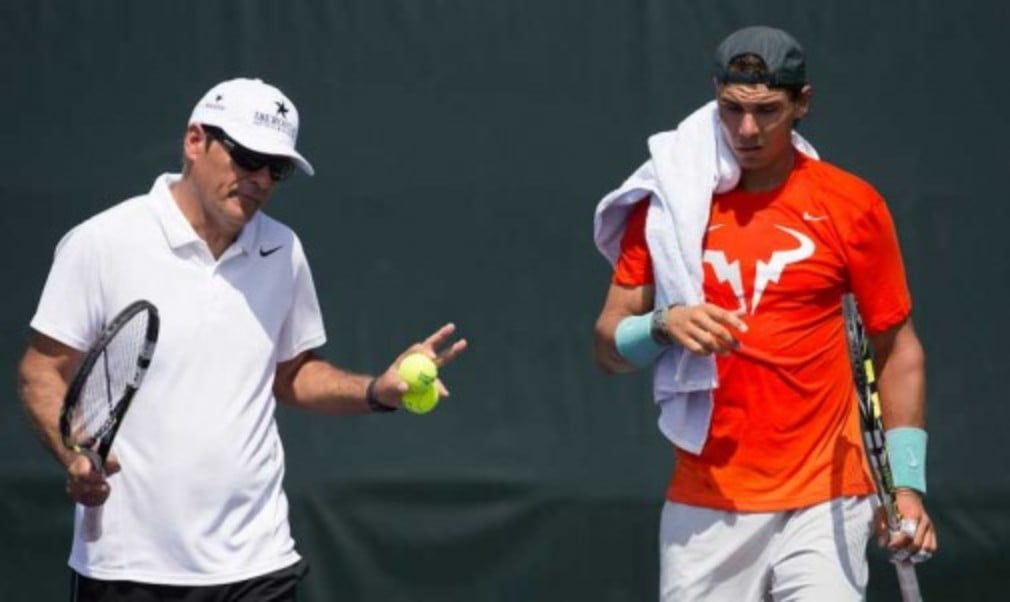 Toni to step down as Nadal’s coach

The former world No.1 has been coached by his uncle for his entire career, which has seen him win 14 majors, including a career Grand Slam and a record nine titles at Roland Garros.

Former world No.1 Carlos Moya joined Nadal’s team during the off-season and it appears that 2017 will be a transition period as Toni turns his focus to the Rafa Nadal Academy in Mallorca.

“It’s the right time to do it,” Toni Nadal told El Espanol. “I know how old I am, the years and years I have been travelling around the world and the tension and stress that competition produces. Now I am really excited to be in the academy. I step down, but [Rafa] is in good hands. Now I am going to make the most of this 2017.”

“When we travelled to Australia I had made the decision already,” he added. “I have been thinking lately that it’s getting tougher and tougher. I told my wife the decision. Now I have the chance to be a coach in the academy, something that makes me very happy. Rafael will be perfectly attended by Carlos Moya.

“When we left Melbourne I didn’t say it to Rafael but I say goodbye to everybody because I knew it was my last time. I said goodbye to the driver, the person who always has looked after us there, the tournament director. It has been a very long journey, loads of seasons. If instead of my nephew, I had coached somebody else, I would have stepped down much earlier.”

However, he said he would always be available to help his nephew when called upon, should Moya and part-time Francisco Roig (pictured with Rafa below) be unavailable.

“Let’s imagine a scenario where Moya is not available in 2018 for a few tournaments. And my nephew asks me to help him,” he said. “I’ll do it for sure and I’ll enjoy it. My intention is to work at the academy and if they need me, I’ll be there.”