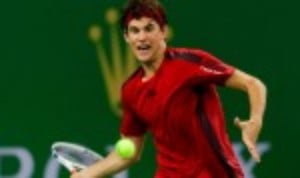 Victory for the Austrian means he will join Grigor Dimitrov in the last four if he defeats David Goffin on Friday. Rafael Nadal's Spanish replacement can no longer qualify though, and he will exit the tournament later this week.

Thiem was the dominant performer for much of the contest – he was the aggressor – but a poor break-point conversion rate almost cost him a much-needed victory.

After the match, the victor said: “I've beaten him (Carreno Busta) four times on tour. I lost to him, as well, in Challengers. It was not really a clear head-to-head. It never really matters, the head-to-head.

The world No.4 had the benefit of already playing one match in the O2 arena this week, while his opponent, a late substitute for the injured Nadal, was making his first ever start at the season-finale.

It took the Spaniard a period of time to adapt to his new lavish surroundings. The 26-year-old, famed for his consistency, was unusually loose in rallies and he struggled to maintain parity with his rival.

Thiem has endured a torrid time recently, however he performed to a high standard in the opening set. He may have only cracked seven winners, but it was a lack of unforced-errors that enabled him to move halfway towards the chequered flag.

It had been a composed opening set display from the Austrian and he was in the hunt for more in the second set. He came agonisingly close to striking another blow in the second game but Carreno Busta denied him.

The Spaniard was, as always, grafting and fighting for every point. There is no such thing as a lost cause when Gijon native is around and he managed to claw his way back into contention.

Thiem somehow squandered a 40-0 lead in the third game – and was eventually broken. He committed a raft of unforced-errors to hand the initiative to his opponent and give the vocal Spaniards inside the stadium renewed hope.

The world No.4 almost retrieved the break of serve immediately, but he was unable to make the most of his chances. Not capitalising on opportunities was the unwanted theme of the set for the Austrian, and he was soon embroiled in a third set.

Thiem had won all four previous meeting with the Spaniard and number five looked likely when he raced into a 2-0 in the decider. Carreno Busta refused to be dismissed, though, and recovered the deficit.

The Austrian’s inability to pull away from his gritty rival was frustrating him. He had become engaged in an unnecessary battle for survival but remained disciplined, and eventually got his rewards.

A dreadful service game from Carreno Busta enabled Thiem to move 5-4 ahead  -and there were to no more twists. The Austrian stepped up to the line and finished the job without any further drama.