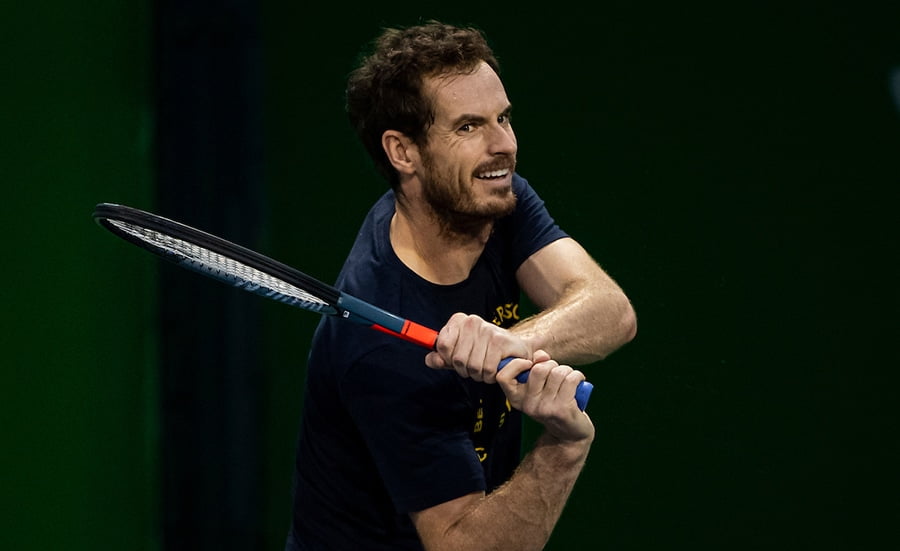 ‘The speed is getting there,’ says Andy Murray after latest win

Andy Murray declared himself very happy with his latest steps on the comeback trail after he moved into the quarter-finals of the European Open.

The former world number one looked much closer to his old self as he easily overcame Pablo Cuevas in Antwerp.

And, speaking after his 6-4, 6-3 success, Murray said that he can feel his game coming back together.

“I felt a bit better out there today,” he said.

“I thought I served quite well for most of the match and when I was able to get into the baseline rallies I felt like I was hitting the ball quite clean which is good.

“He served very well which made it difficult for me to get the breaks but I thought for me it was a good match.

“I think [the speed] is getting there.

“It sometimes takes a little bit longer to get warmed up in the matches and sort of feel confident with my movement.

“But today from the beginning of the match I started pretty well and it was a good day today.”

Murray will face Romanian qualifier Marius Copil for a place in the semi-finals next – and he’s expecting another really tough test.

“I’ve played [Copil] once before. It was a very tough match for me in Washington last year when I was having a lot of problems with my hip at that stage,” he said.

“So I know him a little bit, he’s had some good wins this week. He plays well on this surface so I’ll need to be ready for that.

“He serves extremely well so I’ll need to return well.”