Picture a holiday in Thailand and it might conjure visions of tranquil Buddhist temples, the famous nightlife of Bangkok or picture-perfect beaches and turquoise seas. But nestled on the edge of the Khao Phra Theo National Park in Phuket, is Thanyapura, a sporting oasis and perhaps the best-kept secret in tennis.

Meaning ‘land of abundance’ in Thai, Thanyapura certainly lives up to its name, boasting world-class sporting facilities that have attracted the likes of Maria Sharapova, F1 driver Jenson Button and four-time triathlon world champion Chris McCormack. Such is the appeal of the place that McCormack, who came to Thailand to train, fell for Thanyapura’s charms and decided to bring his family to Phuket and in December 2013 he was appointed executive chairman of the resort.

“I came here to train and fell in love with the place,” said McCormack. “Phuket is my sport’s emerging new powerbase and the opportunities are huge. However, I also deeply believe in Thanyapura’s brand promise: ‘Get more out of life’. It’s not just about high performance and winning races. Thanyapura is for everyone.”

Strolling around the 56 acres, it is hard to believe that Thanyapura has only been in existence since 2008. The sport and leisure club opened its doors in December 2011, but under the guidance of president and CEO Philipp Graf von Hardenberg, Thanyapura has lofty ambitions. Recently announced as an official training centre by FINA, the world’s governing body for swimming, it was also named Asia’s best tennis school by Tennis Resorts Online and hosted a Davis Cup tie between Thailand and Hong Kong in February 2014 following political unrest in Bangkok.

While the quality of the facilities makes the complex feel more like an Olympic park than a holiday resort, beyond the hotel reception is a more relaxed atmosphere. Set against the stunning backdrop of the rainforest, Thanyapura defies logic. The place buzzes with energy, the enthusiasm of the staff and guests is infectious, and yet away from the sporting arenas, the hotel and Mind Centre offer a peaceful sanctuary to get away from it all. It’s easy to see why Sharapova made a beeline for Thanyapura.

“I don’t think there’s a better place to be,” said Sharapova, who spent seven days there before the BNP Paribas WTA Finals in Singapore last October. “It’s always nice when you train in an environment where you’re surrounded by staff that are professionals, and other athletes. The work ethic is very different and that’s why it’s been so good to stay here.”

This is an excerpt from "Thai Takeaway" in tennishead Volume 6 Issue 2. To read the full article, subscribe to the magazine today or download the latest digital magazine, available on Apple and Android devices.

The Manor House Hotel: The perfect destination for an affordable tennis break 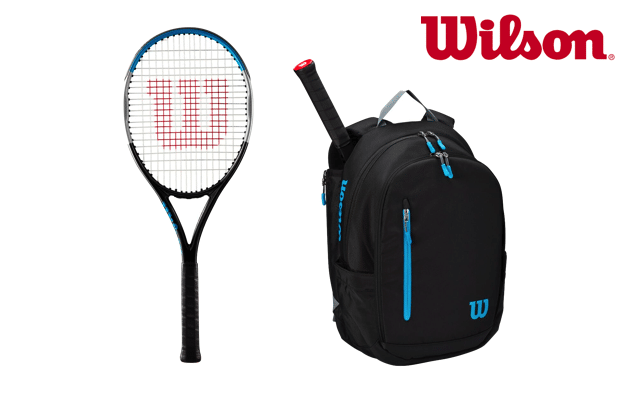 Win the tennis holiday of a lifetime in sun soaked Croatia