tennishead awards ‘The Men’: We salute the standout male athletes from 2019 including Rafa Nadal

With the 2020 season set to be decimated by the coronavirus pandemic, we look back at fonder times from 2019 when tennis once again proved to be a sport that can deliver the most memorable performances from outstanding athletes, just like Rafa Nadal.

Here, tennishead honours the standout male players and performances from the 2019 tennis season.

PLAYER OF THE YEAR

Considering that Rafa Nadal struggled with injuries at the start and end of the season, the 33-year-old Spaniard’s results have been remarkable. He won the French and US Opens to go within one victory of Roger Federer’s all-time record of 20 Grand Slam titles, was runner-up in Melbourne and a semi-finalist at Wimbledon.

COMEBACK PLAYER OF THE YEAR

Andy Murray had major hip surgery in January but was back playing doubles less than five months later, winning the title at Queen’s Club. In October he claimed his 46th singles title in Antwerp. It has been a remarkable effort given that no player has ever returned to top-flight singles after similar surgery.

NEWCOMER OF THE YEAR

Felix Auger-Aliassime began this year ranked No 108 in the world, having never won a match at Grand Slam level. The 19-year-old Canadian ends the 2019 season as the world No 21 after a series of outstanding performances, especially in the first half of the year, when he reached the finals in Rio, Lyon and Stuttgart 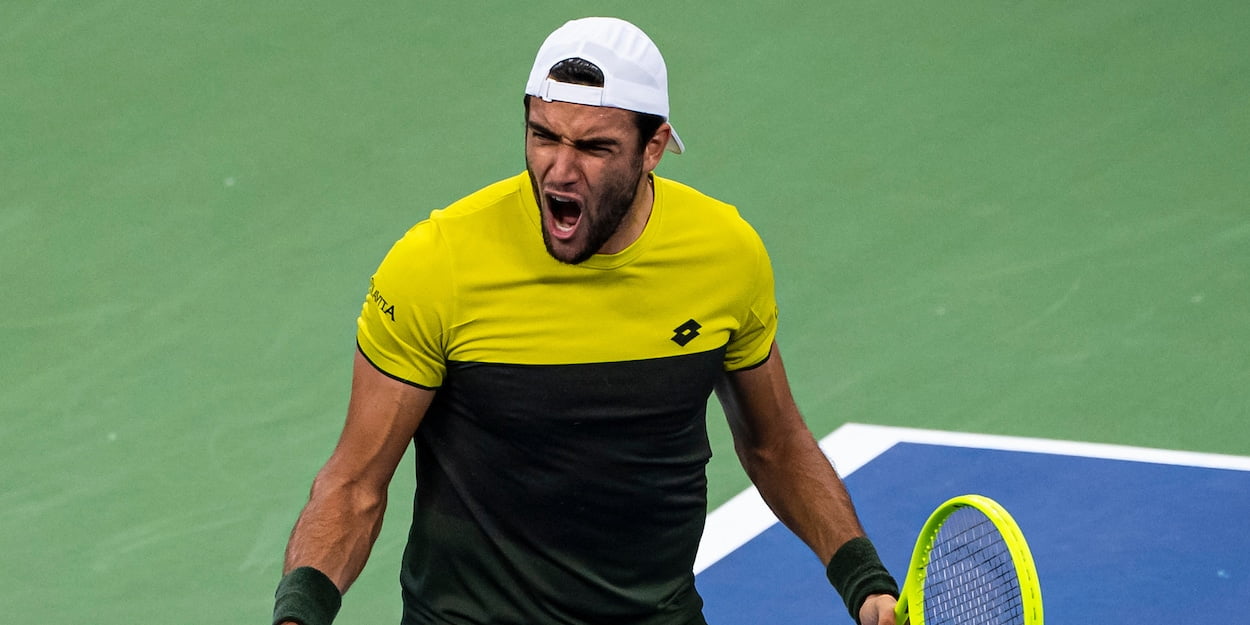 MOST IMPROVED PLAYER OF THE YEAR

Matteo Berrettini began the year ranked No 54 in the world but ended it by securing a place in the Nitto ATP Finals as world No 8. The 23-year-old Italian won titles in Budapest and Stuttgart and enjoyed his best run at a Grand Slam tournament when he reached the semi-finals at the US Open before losing to Rafael Nadal.

DOUBLES TEAM OF THE YEAR

With their Wimbledon and US Open triumphs, Juan Sebastian Cabal and Robert Farah were the year’s outstanding team. The Colombians, who had never previously won a Grand Slam title, finished well clear of all their rivals at the top of the world rankings.

WHEELCHAIR PLAYER OF THE YEAR

Having twice lost in the final of the men’s wheelchair singles at Wimbledon, Argentina’s Gustavo Fernandez finally triumphed at the All England Club when he beat Shingo Kunieda in the final. Earlier in the year he won the titles in Melbourne and Paris.

COACH OF THE YEAR

Dominic Thiem had been coached throughout his professional career by Gunter Bresnik until he appointed Nicolas Massu in the spring. The new partnership enjoyed instant success at Indian Wells and Thiem went on to win five titles during the season.

MATCH OF THE YEAR

SHOT OF THE YEAR

Jurij Rodionov had what appeared to be an easy kill at the net. Dan Evans, standing behind the baseline, moved to his right, only for Rodionov to hit to his backhand. Evans promptly swivelled 180 degrees and stunned his opponent with a winning backhand pass.