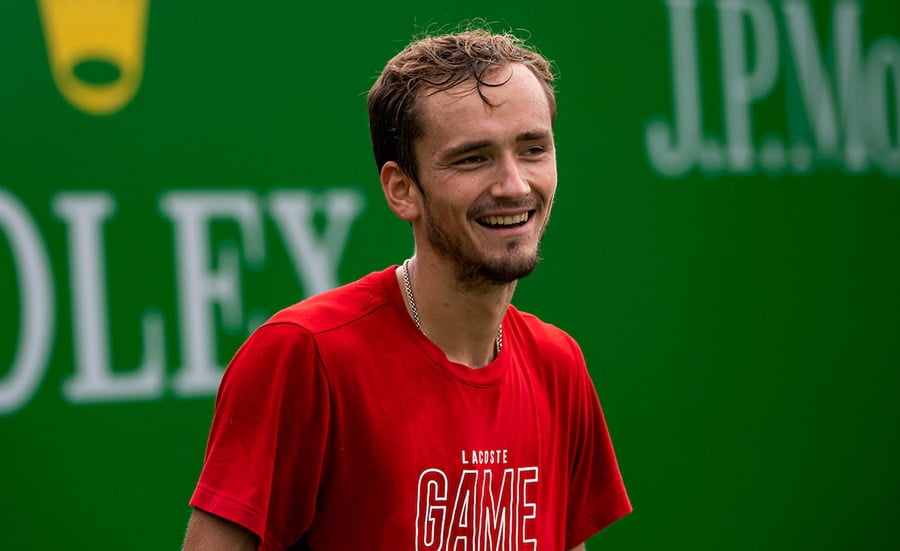 Daniil Medvedev says that surpassing Roger Federer in the race to London is ‘a dream,’ but he has warned that he is not going to stop there.

Medvedev moved passed Federer in the seasonal rankings after winning the Shanghai Masters, and he is now firmly established as the biggest threat to the established top players on the ATP Tour.

“Passing Roger in the race is something I dreamt of as a kid,” Medvedev told reporters in Russia.

“It’s just great I’m happy about my performance. I don’t want to stop I want to be better every day.”

Medvedev disappointed fans in his homeland by opting to pull out of the Kremlin Cup in Moscow this week.

He, though, says his success in Shanghai left him with no other choice.

“Nobody knew that I would do so well in Shanghai to reach my sixth final in a row,” Medvedev added.

“I just feel that I am physically and mentally exhausted. I can’t be 100 per cent.

“As a professional, I cannot step on court knowing that I am not 100 per cent ready to play.

“On the one hand, it is very sad, because I really wanted to play in Moscow in front of my home crowd. I’ve played for four years in a row in Moscow and each year my results improved.

“But, on the other hand, this is how it is. It is professional sport, and I must do what is best for my body. In this situation, I had no choice.”