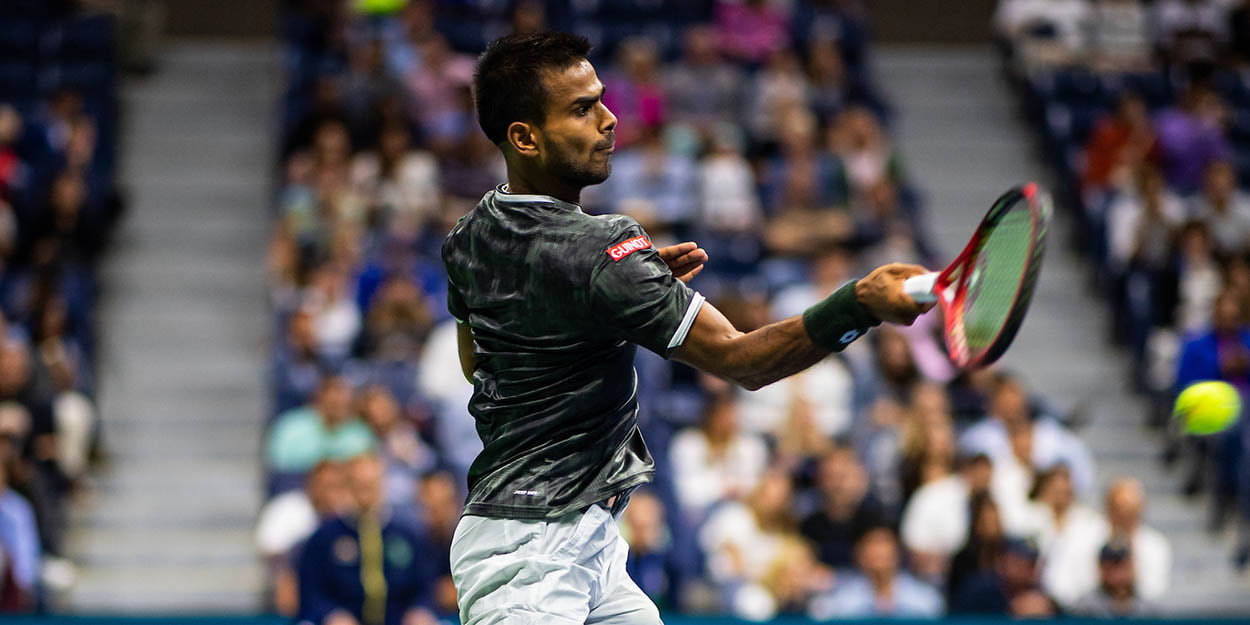 Sumit Nagal says he fancies his chances of causing major US Open upset, saying: ‘I’ve got nothing to lose’

Indian star Sumit Nagal has says he is ready to face Domimic Thiem at the US Open after he beat Bradley Klahn on Tuesday.

Last year he took a set off Roger Federer before losing, and things are unlikely to be any easier against second seed Thiem on Thursday.

However, it’s a match that Nagal is certainly looking forward to, and he believes the playing field may be more level than usual.

“I’ve got nothing to lose,” the 23-year-old told reporters.

“Last year I played Roger Federer and this year Thiem. It’s going to be a great match. For sure, I’m not the favourite.”

“I don’t think we’ve had enough match practice on hard courts. It’s going to be the same for both of us for the match on Thursday.”

Nagal, who is still awaiting his first title on the ATP Tour, is currently ranked 124th in the world.