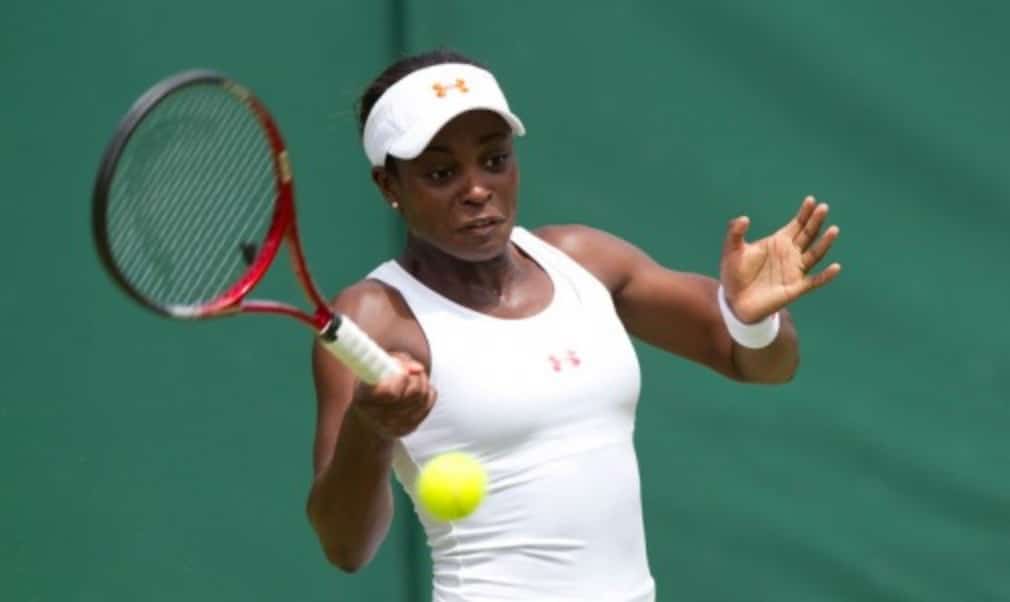 Stephens and Stosur bow out as Azarenka advances

Stosur was the first big name to bow out on the opening day as the former US Open champion was beaten 6-3 6-4 by Belgian Yanina Wickmayer. Stosur, who split with coach Miles Maclagan last week, has never made it past the third round at Wimbledon.

“I’m pretty annoyed about it, to be honest,” admitted Stosur. “I don't have an answer because, like I said, I do feel I played well; I think she played well and she stuck to it right from first point to last point. I still think I'm a good enough player to get through first rounds here, and for whatever reasons it's not happening.”

Stephens followed Stosur in making an early exit as she was defeated in straight sets by Maria Kirilenko. The American saved five match points to force a second-set tiebreak but was ultimately unable to stave off a 6-2 6-7(6) defeat – the first time she has lost in the opening round at a Grand Slam since the 2011 French Open.

“I'm sad my streak is broken,” admitted Stephens, who had reached the second week at the last six majors dating back to the 2013 Australian Open. “But obviously there's nothing I can do.  It feels like the end of the world now, but fortunately it's not.”

Kirilenko will face Peng Shuai in the second round after the world No.60 defeated British No.2 Johanna Konta 6-4 3-6 6-4.

Meanwhile Azarenka, who has slipped to No.8 after struggling with a foot injury, lost to Camila Giorgi on her return to action in Eastbournelast week, earned a hard-fought 6-3 7-5 win against Mirjana Lucic-Baroni.

“I felt like this the whole week I’ve been training here.” said Azarenka, who will face Serbia’s Bojana Jovanovski in the second round. “I've been getting better and better every day. The timing is something that just sometimes clicks.  As I said, it's important for me to be there 100% and to have my concentration level 100% because that's what helps in those key moments. I felt like today I managed to find that and turn some things around for me, especially in the second set.”

No.2 seed Li Na admitted she knew nothing about opponent Paula Kania before her 7-5 6-2 victory over the Polish No.175. The Australian Open champion trailed 5-3 in the opening set, but won 10 of the next 12 games to seal her place in the second round, where she will face Austria’s Yvonne Meusberger.

Five-time Wimbledon champion Venus Williams won her first match at SW19 since 2011 with a 6-4 4-6 6-2 against Maria-Teresa Torro Flor.

Petra Kvitova, the champion here in 2011, raced past fellow Czech Andrea Hlavackova 6-3 6-0 to set up a second-round meeting with Mona Barthel.

Russia’s Elena Vesnina was the first player to reach the second round as she stormed past Patricia Mayr-Achleitner 6-0 6-4 in 53 minutes. The No.32 seed will face Barbora Zahlavova Strycova in the second round after the Czech defeated Alla Kudryavtseva 6-2 6-2.

Reigning US Open girls champion Ana Konjuh, who reached the semi-finals of the girls’ competition last year, claimed her first win in the main draw of a Grand Slam with a 6-3 4-6 6-0 victory over Marina Erakovic.

No.22 seed Ekaterina Makarova was forced to battle from a set down to defeat 43-year-old Kimiko Date-Krumm 3-6 6-4 7-5 and set up a second-round clash with another Japanese opponent, Misaki Doi, a 6-4 6-1 victor against Elina Svitolina.