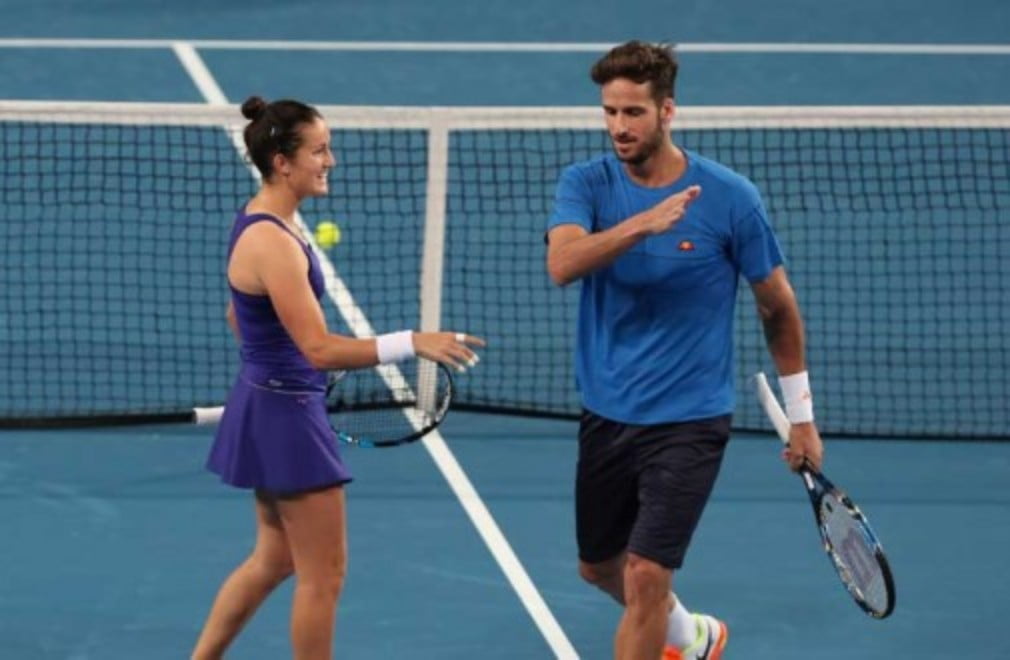 This year for the first time at Hopman Cup, in Perth, Western Australia, the doubles is played in the ITF approved format FAST4. It is a format that is used at several events around the world, including the IPTL. It has its own scoring method (see below) and service lets are played.

The Hopman Cup is synonymous with innovation," said Tournament Director Paul Kilderry. “I think Hopman Cup is a great event to try new things. I think you’ve got such a great field of players, they’re competitive and you can really see how it will work at the highest level."

The FAST4 format is used by more than one third of league players around Western Australia and getting more people to play tennis, as well as to watch, is one of the aims of the Hopman Cup organisers.

The Spaniards overcame their opponents in 27 minutes, the scoreline, 4-0 4-2. So, what did they make of the format?

French Open doubles champion, Feliciano Lopez, who is used to the format as he plays it at IPTL, said: “Lara and I haven’t played mixed before together and mixed is always a lot different, especially with this new format that we are playing. We knew it was going to be very quick and every point counts because it is no ad, which is very risky, you lose one point when you serve and you are really in danger. We knew Nick is a great server, that they didn't lose a match [at the Hopman Cup] last year, so winning was going to be very tough. I think we brought our best out there today.”

His 24-year-old partner Lara Arrubarrena had never played this format, which has its own scoring system and where service lets are played.

“I like it, it's fast, you have to be ready because if you miss a ball you feel in danger every time,” she said. “I think it is a good format for an exhibition, for a tournament maybe it is too fast. But I think here it is OK.”

Kilderry says although the format has been introduced for 2017, as with every year when the event finishes he will sit down with his team and review all aspects of the event including the FAST4 format.

FAST4 Scoring Method
Best of three-set matches
A set is complete once a team reaches four games
No advantage scoring
A FAST4 tiebreak is played when the score reaches three-all
In a FAST4 tiebreak the team that first wins five points wins the set, with a deciding point at four-all