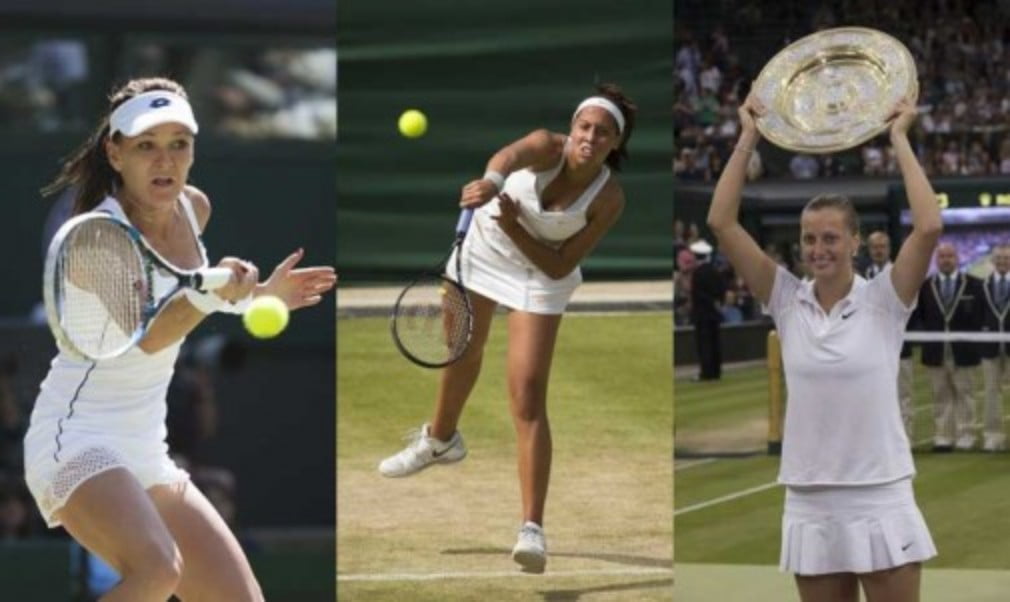 Six women to watch at Wimbledon

Here are some of the other women in with a chance of lifting the Venus Rosewater Dish on Saturday July, 9.

Kvitova has had a lousy grass court season so far and is currently nursing a sore thigh, but you can never write her off at Wimbledon. She has reached the quarter-final or further in five of her last six appearances at The Championships and, during the two years when she won at SW19, she seemed virtually unstoppable throughout the fortnight. She only lost two sets in 2011 and only one in 2014. Kvitova is totally at home on grass and, if she can play her way into form and fitness in the early rounds, she could be in with a chance of a third Wimbledon title.

Radwanska loves grass, and her results at Wimbledon demonstrate that. It is the only Grand Slam where she has reached the final and she has also reached two semi-finals and two quarter-finals. She has been impressively consistent on tour since September 2015, winning three tournaments and reaching four semi-finals (including at the Australian Open) to cement third place in the world rankings. The stylish Pole lost to the in-form Coco Vandeweghe in the first round in Birmingham but played well to reach the Eastbourne quarter-final, where she lost to Dominika Cibulkova.

Fresh from her French Open triumph and with the experience of reaching last year’s Wimbledon final under her belt, Muguruza will go into the Championships full of confidence. Her first-round loss to Kirsten Flipkens in Mallorca is unlikely to affect her, but it did rob her of what could have been crucial grass-court practice. Nevertheless, if she can get through the early rounds at SW19, she will start to feel more comfortable on grass and could easily reach the final again. The Wimbledon grass tends to get harder in the second week too, which suits Muguruza’s game.

It seemed like Madison Keys really came of age in Birmingham this year. She looked like the best player at the Aegon Classic all week and showed real maturity to win two matches from a set behind on her way to claiming her second WTA title. Her other tour title was also on grass, at Eastbourne in 2014, and she reached the Wimbledon quarter-final last year, where she lost to Radwanska in three, so it is clear that the surface suits her game perfectly. Keys is definitely capable of reaching at least the semi-final at SW19 this year.

Kerber has struggled to back up her maiden Grand Slam win at this year’s Australian Open and has only won one tournament, Stuttgart, since that momentous achievement. But she has good memories of Wimbledon, especially as it was the scene of her first Grand Slam semi-final in 2012. She lost to Radwanska in straight sets on that occasion, but showed it was no fluke by reaching the quarter-finals in 2014 (where she lost to eventual finalist Eugenie Bouchard) thanks to one of the best performances of her career in the fourth round to knock out Maria Sharapova. She also lost to eventual finalist Muguruza in the third round last year. If Kerber plays well, she will go far at SW19.

Despite being considered a promising player for several years, Coco Vandeweghe, 24, hadn’t really made a major impression on the WTA tour until she reached the Wimbledon quarter-finals last year. She played well in her last eight encounter with Sharapova, winning the second set tiebreak, and could conceivably have won the match and made the last four. This year, she won eight matches in a row from the start of the grass court season and claimed the s'Hertogenbosch title and a win over Birmingham top seed Radwanska in the process. With her big serve, powerful groundstrokes and impressive prowess at the net, no-one will want to face Vandeweghe at SW19, and another run to the quarter-final, or even further, is certainly within the American’s reach.