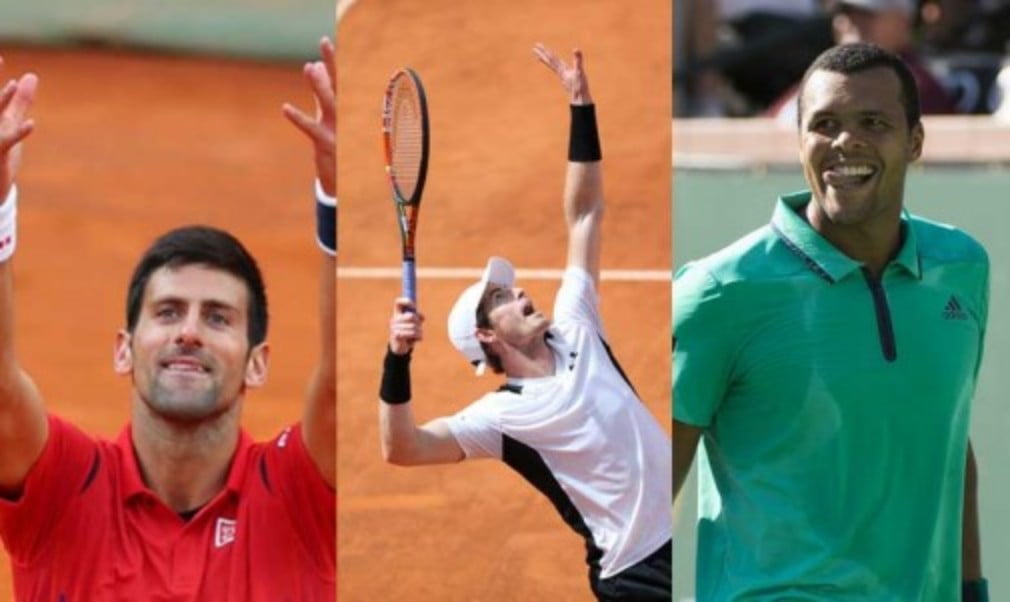 Here are six men who are worth keeping an eye on at Roland Garros over the next fortnight.

The question is how much closer can Djokovic get to completing a career Grand Slam in Paris without actually getting over the line? Taken apart by an inspired Wawrinka last year, the Serb has again put himself in pole position to lift the Coupe de Mousquetaires in 2016 having lost just twice since last November. He will have almost certainly recovered from the minor foot injury sustained in Rome. Quite simply, the man to beat.

Probably the only man capable of downing Djokovic over five sets in Paris, Murray has never headed to Roland Garros in better form. Progressively better results at the Clay Masters events culminating in last weekend’s Rome victory make the British No.1 a genuine title contender for the first time. With a qualifier in his first match and potentially another in Round Two, Murray will hope not to make hard work of the early rounds, to leave him as fresh as possible for a tilt at Djokovic in the final should they both get there.

France has not had a male singles champion at Roland Garros since Yannick Noah in 1983 but Jo-Wilfried Tsonga has come closest to to ending that drought in recent times, reaching the semi-finals twice in the past three years including last season when he was stopped in four sets by eventual champion Stan Wawrinka. After reaching the semi-finals in Monte Carlo, he lost to an in-form Milos Raonic in Madrid but if he has fully recovered from a thigh injury that kept him out of last week's Masters event in Rome, he will have high hopes of going deep in front of his home fans in Paris.

The only man inside the Top 20 to have won a clay court title outside of Nadal, Djokovic and Murray, Thiem won his third career title on clay in Buenos Aires in February, defeating Nadal and Almagro on route to lifting the trophy. The Austrian is knocking on the door of the top 10 and beating Federer last week would only have increased his confidence on a surface he already lists as his favourite. Only Nadal has more wins on clay this year ahead of next week’s second major of the year.

It’s easy to forget Kyrgios has only been on Tour for two years and at 21 is one of the few ‘Next Generation’ players beginning to make advances on the world’s top 10. The wins are getting bigger too. After claiming his first title in Marseille, the young Australian defeated reigning French Open champion Wawrinka in Madrid and ran Nadal close in Rome last week. One of the most self-confident men on the circuit will at least be aiming to make the second week in Paris for the first time.

A late bloomer at 27, Cuevas is another one quietly enjoying his best year as a singles player on the Tour. Victory over Nadal on the way to winning in Rio was backed up a few weeks later when he defended his title in Sao Paulo and the Uruguayan is the only man along with Nadal to have won more than one clay title this year. Cuevas also won the doubles title at Roland Garros in 2008, so is no stranger to success in the French capital.