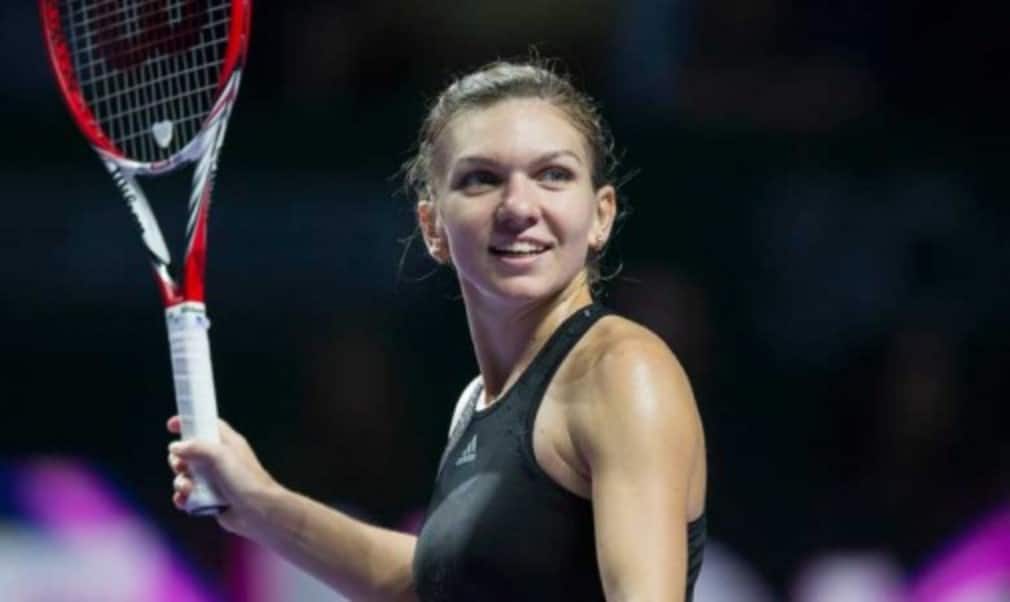 The world No.3 posted on her Facebook page: “My collaboration with Wim Fissette will come to an end, following a mutual agreement. It was a good and beautiful year. I want to thank him and wish him good luck in the future.”

Under Fissette, Halep rose to a career high No.2 in the world in August, the highest-ever ranking for a Romanian women. She reached the French Open final in June, losing to Maria Sharapova in three tight sets, and the Wimbledon semi-finals just four weeks later.

She won titles in Doha and Bucharest as she became one of the most consistent players on the tour. She recently lost in the final of the WTA Finals to Serena Williams, having handed the American her heaviest defeat in 16 years in the group stages in Singapore.

Fissette tweeted: “Very proud of our results the past year, especially the final of RG. Now it’s time for a new challenge. I wish Simona all the best.”

Halep linked up with Fissette at the start of the season after her incredible breakthrough year in 2013. Halep had risen up the world rankings from World No. 47 to just outside the top ten, winning six titles on the way as well as the WTA’s most improved player award.

Halep had higher ambitions and split with coach Adrian Marcu in favour of Fissette. The Belgian previously coached Kim Clijsters to three Grand Slams after her comeback from retirement, as well as working with Sabine Lisicki when she reached the Wimbledon final last year.

Local media reported that Halep is looking for a new coach with the aid of Romanian businessman Ion Tiriac, the extravagantly-moustachioed owner of the Madrid Masters, who won the 1970 French Open men's doubles with Ilie Nastase.