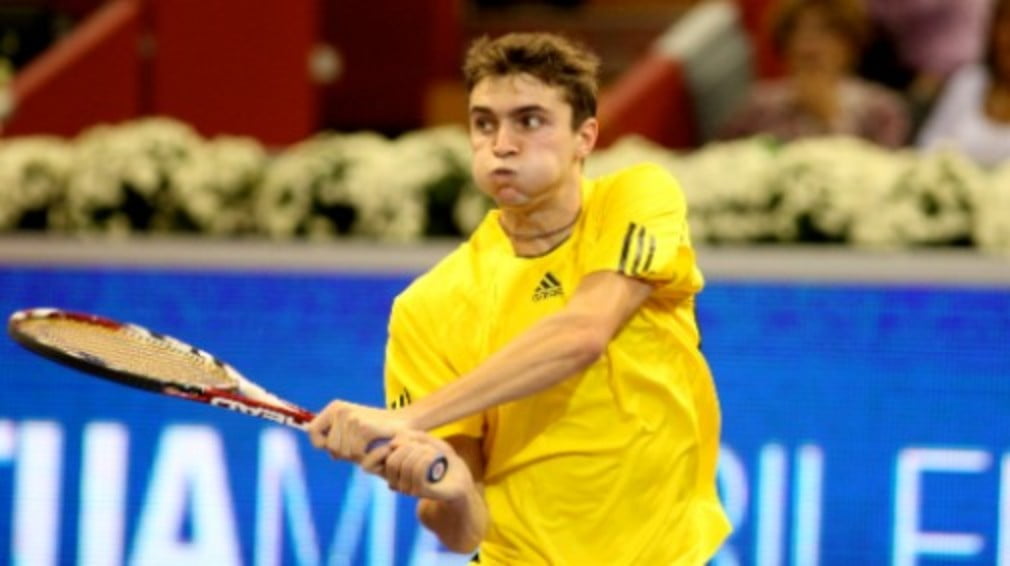 Simon produced a nerveless display to beat the world No.2 and reigning US Open champion 4-6, 6-4, 6-3 in two hours and seven minutes.

Later on day two Andy Murray also made a successful debut at the end-of-season extravaganza by beating American Andy Roddick 6-4, 1-6, 6-1 in their Red Group meeting.

It is the second time this year that Simon has toppled Federer after beating the Swiss in the second round of the Toronto Masters in August.

“I’m very happy and very exhausted,” said Simon, who only made it into the event when world No.1 Rafael Nadal pulled out through injury. “It was a very long match but I played my best tennis in the last two sets.”

Federer is looking for his fifth Masters Cup title in six years in China this week but will have to win his next round robin match if he is to have any chance of progressing to the semi-finals of the event.

Federer was looking good for an opening victory at the Qi Zhong arena when he led by a set and a break but Simon, who reached his first Masters Series final in Madrid recently, kept his composure and turned the match around.

The 23-year-old from Nice broke to level at 2-2 and again when Federer was serving at 4-5 to make it one set all.

Simon then struck the decisive blow when he broke the Swiss to lead 5-3 in the decider before serving out the match.

Afterwards, Federer was in a philosophical mood and emphasised that with a round robin format, anything can happen.

“I’m going to go match by match. That’s the only way to go here,” Federer said. “At least it’s the only tournament where I have a chance after losing in the first round.

“I didn’t serve full-blast, especially from the start. I don’t know if that cost me the match. I was still in a position to win. It was just a pity I couldn’t get to the finish line.”

In Monday’s second singles third seed Murray ultimately proved too strong for Roddick in a topsy-turvy encounter that lasted just over an hour and a half.

The world No.4 from Scotland recovered from a second set dip in form to break the American twice in a 6-1 final set.

“It’s tough against someone like Andy,” a tired-sounding Murray said. “He’s got a great serve and when he gets ahead like today in the second set he puts a lot of pressure on you. He’s hard to play against.

“He made it difficult and made me do a lot of running. It’s tough to get over the jet lag. I’ve been going to bed at this time [of the day] and hopefully I’ll be better for the next match.”

Earlier in the day, there were doubles victories for Nenad Zimonjic and Daniel Nestor and Jonas Bjorkman and Kevin Ullyett.