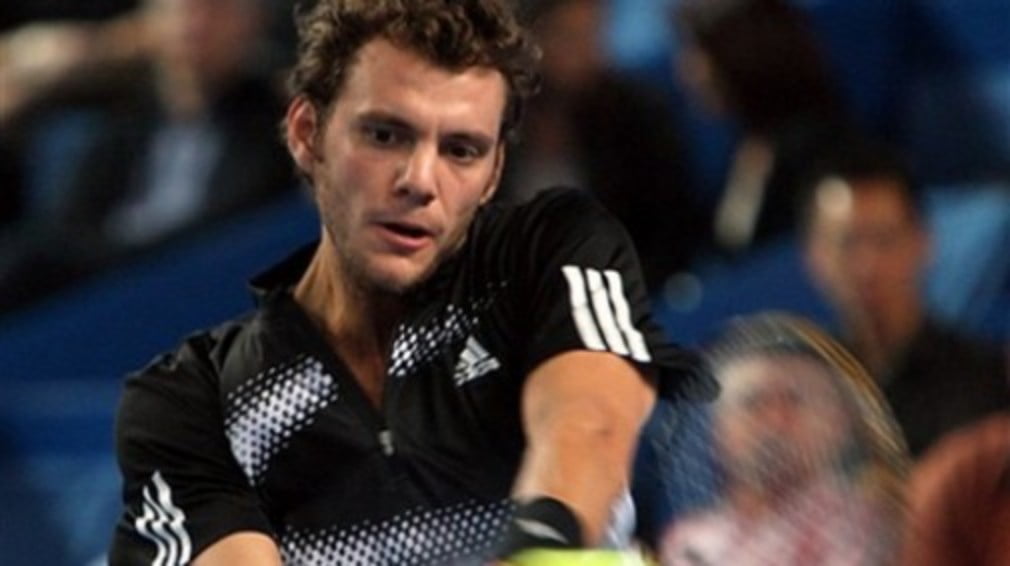 Gilles Simon won the fifth title of his career at the BCR Open in Romania, beating Carlos Moya 6-3 6-4 in the final.

The No.2 seed broke the Spaniard in game six of the first set and saved six break points during the match to retian the title he won last year.

The final lasted about 90 minutes, half the time it took Simon to get past No.8 seed Jose Acasuso of Argentina in his semi-final on the clay courts in Bucharest.

“I like this tournament and its surface – I’ve always played well here,” said Simon after his 40th win of the season – a run that has seen his ranking jump to world No.17.

For former world No.1 Moya, history had repeated itself – he also lost after reaching the final in 1996.

In Indonesia, Patty Schnyder’s 500th career victory brought Tamira Paszek’s fine run to an end with a 6-3 6-0 win in the final of the Bali Classic.

The win also ended a three-year title drought for the 29-year-old Swiss. Since winning in Cincinnati in July 2005, she has been a beaten finalist in seven tournaments before finallt claiming the 11th title of her career.

Schnyder was full of praise for the 17-year-old Austrian’s performance. “She pushed me all the way and I had to do my best and move well. She would not allow me to lose my focus.”

World No.94 Paszek beat top seed Daniela Hantuchova in the semi-finals, as well as Flavia Fennetta and Sara Errani in the earlier rounds, but failed to add to her title in Portoroz won in September 2006.

Paszek admitted those earlier performances had taken their toll. “Patty played amazing today. She really deserved to win. I had a couple of tough matches this week and I’m a little tired and feel it in my legs.”