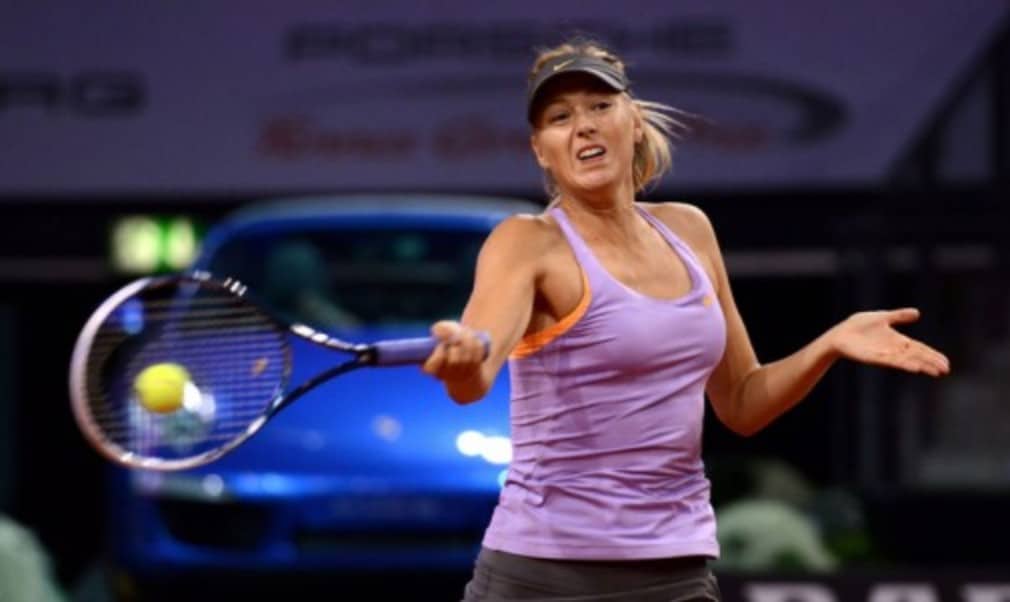 In a battle of two former world No.1s, Ivanovic had the brighter start as she led by a set and a break, but Sharapova roared back, winning 11 of the last 13 games to claim a 3-6 6-4 6-1 victory.

"For the first half of the match I thought it might not be my day today, but somehow I turned it around," said Sharapova after winning her 30th career title. "I had quite a slow beginning to the year, but me and my team have been working hard to get in the position to win titles again, and I'm so happy to be able to do it in Stuttgart."

Sharapova, who needed to reach the semi-finals in Germany to avoid dropping out of the WTA top ten, took her record to 13 wins from 13 matches at the event.

"From the first moment it was always a close match," said Ivanovic, who received a standing ovation from the Stuttgart crowd. "It was always a few close balls to decide each game, and it went on the whole match. She's just a great player, and that's what happens when you play against great players in big matches like this. You need to use your opportunities. But there's always next time."

Elsewhere, Maria-Teresa Torro-Flor became the sixth first-time winner of the year on the WTA Tour as she beat Romina Oprandi in the final of the Grand Prix SAR La Princesse Lalla Meryem.

In a battle between two unseeded first-time finalists in Marrakech, it was Spaniard Torro-Flor who took the opening set 6-3.

Oprandi won the second by the same scoreline to level the match but Torro-Flor surged into a 5-1 lead in the decider and held her serve at the second time of asking to seal the win.

“It was a difficult match," said Torro-Flor. "In the second set I started to lose my focus and Oprandi took advantage of that and took the set. I called my coach to the court and he told me I had to keep focusing and work hard like I always do, and after that I started to play a bit better. "It was difficult, and I had to fight a lot, but I feel really happy to win my first title."