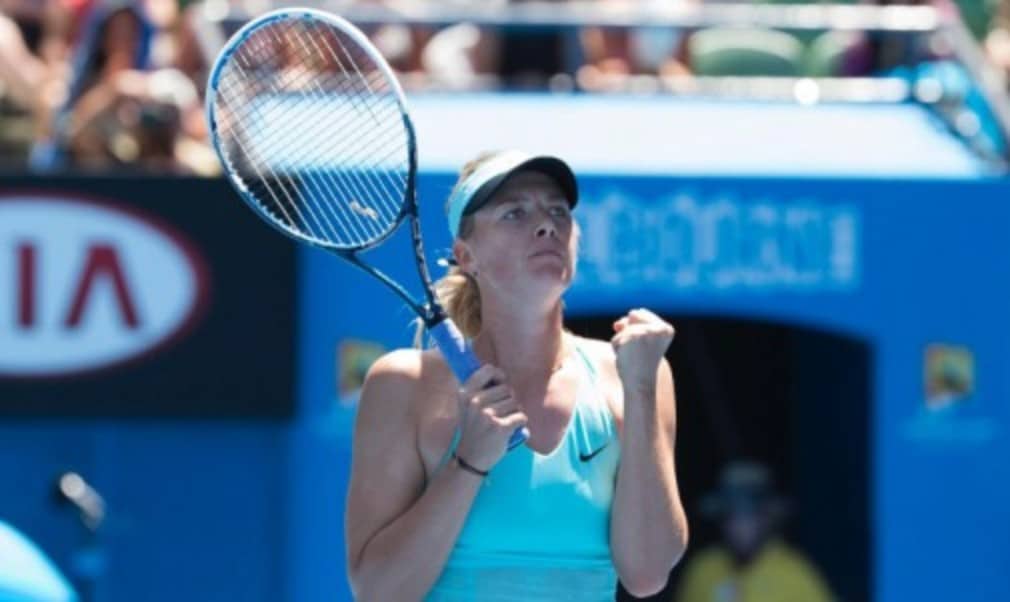 Sharapova through as Wozniacki falls

After easing through the opening set Sharapova struggled with her serve in the second and saw match point pass her by at 5-3 as opponent Alize Cornet rallied to force a tiebreak.

However, Sharapova held her nerve to claim a 6-1 7-6(6) victory to set up a fourth-round clash with Dominika Cibulkova, a 6-1 6-0 winner over Spain's Carla Suarez Navarro.

No.16 seed Suarez Navarro may be heading home but her compatriot Garbine Muguruza continued her impressive run in Melbourne as she upset No.10 seed Wozniacki 4-6 7-5 6-3.

“I had quite a lot of chances,” Wozniacki said. “Sometimes it happens, you just don’t take your chances. I don’t think I did anything particularly wrong. I thought she played some great tennis.”

Muguruza will meet No.5 seed Agnieszka Radwanska in the last 16 after the Pole came from a set down to beat Anastasia Pavlyuchenkova 5-7 6-2 6-2.

Defending champion Victoria Azarenka wasted little time as she stormed past Yvonne Meusburger into the last 16. The second seed took just 60 minutes to claim a 6-1 6-0 victory over the Austrian and set up a fourth-round clash with Sloane Stephens, a 7-5 6-4 winner against Elina Svitolina.