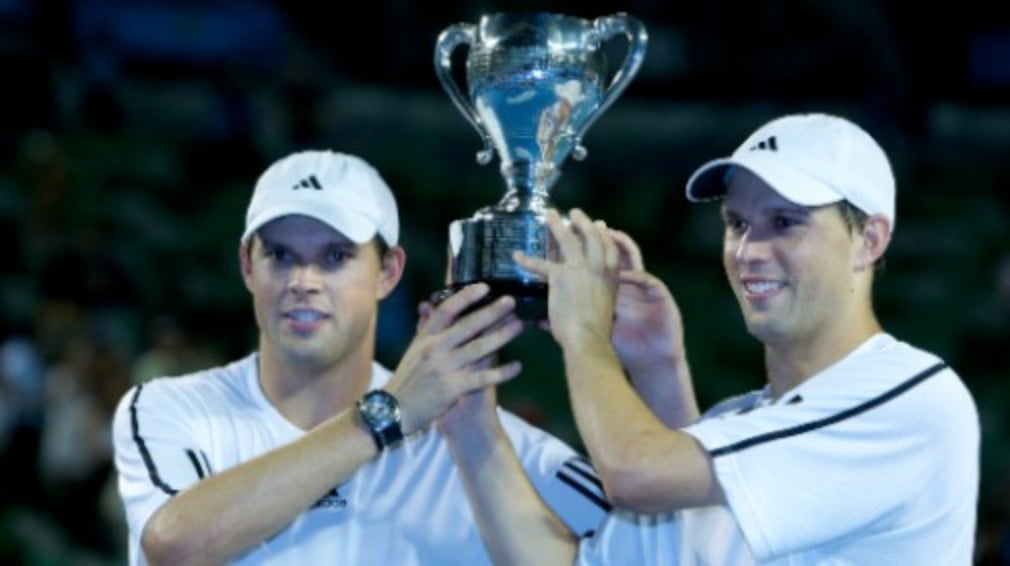 Bob and Mike Bryan notched up their seventh doubles Grand Slam title in Melbourne with a 2-6 7-5 6-0 victory over Mahesh Bhupathi and Mark Knowles.

The American twins, who reclaimed the No.1 doubles spot by reaching the final, avenged last year’s quarter-final loss to the pair that had prevented them from winning a potential hat-trick of back-to-back Melbourne Park titles.

Since then the 30-year-olds have now won all five of the matches between the twosomes, most recently the season-ending Masters Cup in Shanghai.

The Bryan got off to a sluggish start in the final, dropping the first set in less than half an hour as Bob Bryan was broken twice. The second set was a much tighter affair with Bhupathi and Knowles squandering three break points in the seventh game of the second set. In the end it was Knowles who proved to be the first to blink, dropping serve in the final game of the set to take it into a decider.

With the momentum shifting their way, the Bryans didn’t give Bhupathi and Knowles a sniff of a chance during the third set, breaking three times and dropping just 10 points to seal the match and title.

But there’s still work to be done if they want to catch the Australian pair of Todd Woodbridge and Mark Woodforde, who hold the record with 11 Grand Slam doubles titles.