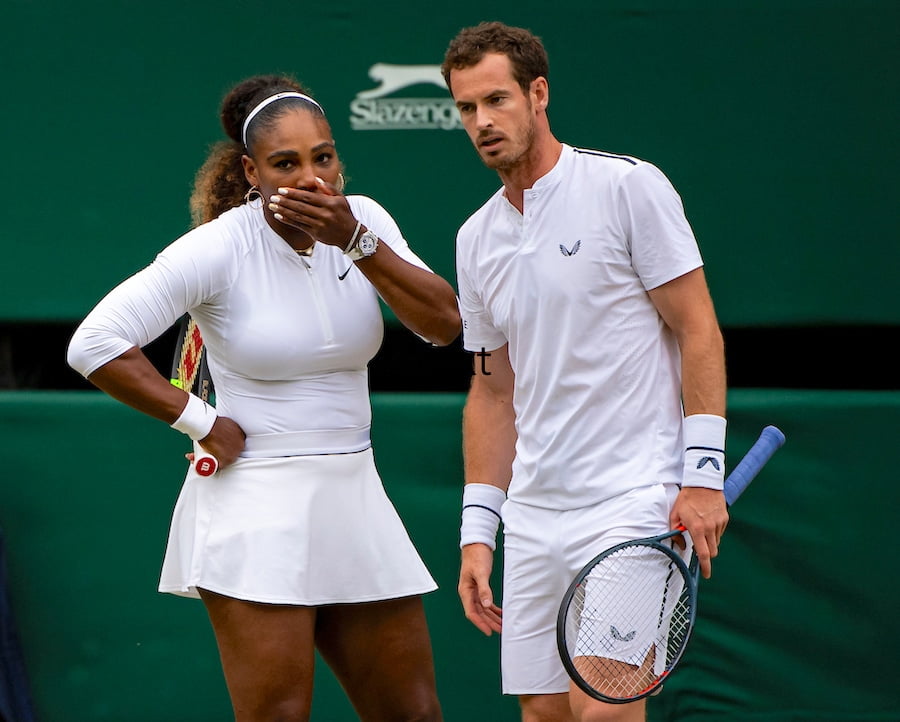 It was always going to be a tough match for the pairing who are now being called ‘SerAndy’, after they finished their second round match last night. Soares and Melichar also have four mixed doubles Grand Slam titles between them, with Murray and his 37 year old American partner playing mixed doubles for the first ever time together.

Williams was playing her third match in two days, after she came through a gruelling three set match in the singles against resilient compatriot Alison Riske. This was just a few hours before she took to Centre Court again, this time with the Scot to face 16th seeds Fabrice Martin and Raquel Atawo. Williams stole the show, returning immaculately though the match and helping them to a 7-5 6-3 victory and to set up today’s tough contest.

Both pairs looked comfortable on serve early on, until Soares and Melichar broke serve to take a 5-3 lead and serve the set out at 6-3.

The second set was of a similar pattern, with all four playing behind imposing serves. A break point was not given again until very late in the set, but this time it came in the very last game on Brazilian Soares’ serve. A double fault handed Serena Williams and Andy Murray the set at 6-4. However from here it was clear that today was not to be for the pairing with nine Wimbledon singles titles between them.

Both Williams and Murray lost their first service games to give the number one seeds a 4-0 advantage. And here the vastly experienced 37 year old Bruno Soares, along with Nicole Melichar who won the title last year alongside Austrian Alexander Peya, held serve to see the final set though to 6-2.

The defeat ends Murray’s return to Wimbledon, but after a seemingly quick recovery from hip surgery earlier this year, he will hope he can play at next year’s Championships, possibly even in the singles. As for Williams, she faces Czech Barbora Strycova in the in the women’s singles semi final tomorrow.

Soares and Melichar move onto the quarter final, where they will face unneeded Matwe Middelkoop of Holland and partner Yang Zhaoxuan from China