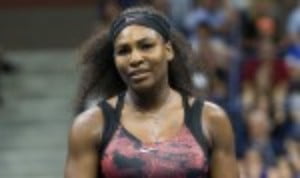 The world No.1 will take time to heal, physically and mentally after the anguish of missing out on a calendar year Grand Slam at the US Open.

Williams was two wins away from equalling Steffi Graf’s tally of 22 Grand Slam titles and becoming the first player, male or female, since Graf in 1988 to win all four majors in a single season, but was upset by Roberta Vinci in the semi-finals.

Williams announced on Thursday that she would be missing the China Open in Beijing and the WTA Finals in Singapore. She will end 2015 as world No.1 for a third straight year.

"It's no secret I've played injured most of the year – whether it was my elbow, my knee, or, in the final moments after a certain match in Flushing, my heart," said Williams.

"I want to compete as well as I can, as long as I can. So I'm taking a proactive step and withdrawing from tournaments in Beijing and Singapore to properly address my health and take the time to heal.

"This is a very difficult decision, but one ultimately made because of the love of the game. I plan to return to practising and participating in exhibition matches later this year. And when I do, l will focus and focus and focus so I can continue my journey in this beautiful game."