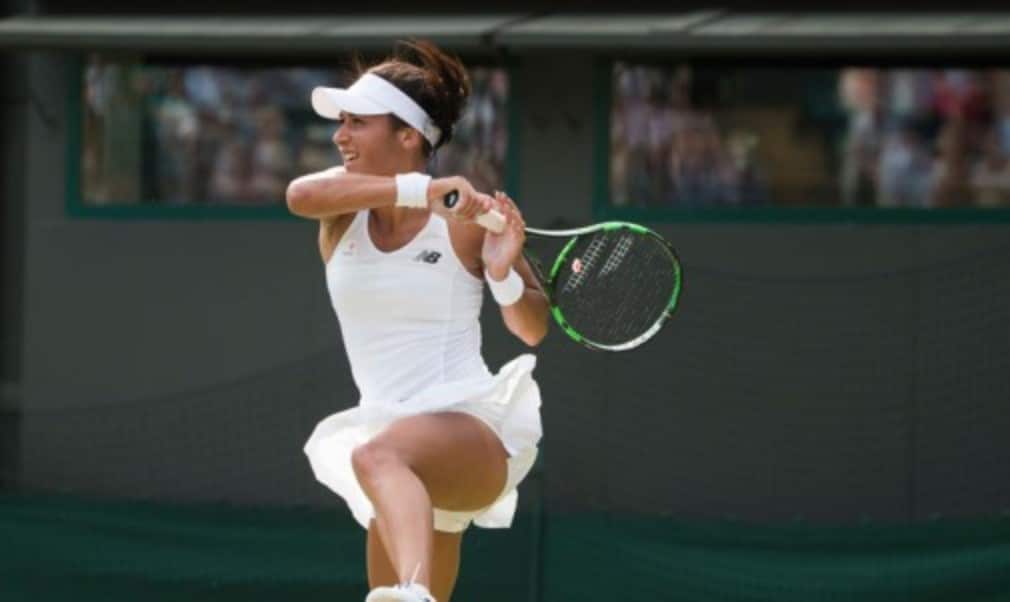 The British No.1 had Centre Court on its feet as she led by a double break in the final set before the reigning US Open, Australian Open and Roland Garros champion completed a 6-2 4-6 7-5 victory.

Henman Hill was closed after thousands packed onto Aorangi Terrace to witness a brave performance by the world No.59, who came within two points of victory as she served for the match at 5-4, but the American showed why she has won 20 Grand Slams, digging deep to seal her place in the fourth round, where she will face sister Venus.

Williams is now four matches away from completing a non-calendar year Grand Slam for the second time in her career as she bids to win a sixth Wimbledon crown to add to her US Open, Australian Open and Roland Garros titles, although she refused to field any more questions about the 'Serena Slam' during her post-match press conference.

"It was really intense today," she said of the atmosphere on Centre Court. "I don't think I've ever played with a crowd here like that. They were really vocal, in between points, during points. At the end of the day they were rooting for their champion to do well."

"She played unbelievable. She really went out there with a mindset of winning this match. I thought she served well. I think she did everything great. She kept her unforced errors really, really low."

Williams will now face her older sister, No.16 seed Venus, in the last 16 after the 35-year-old beat Serbia's Aleksandra Krunic 6-3 6-2 on Court No.2. It will be the 26th meeting between the siblings with Serena leading the head-to-head 14-11 – she has won three of their previous five encounters at the All England Club.

For Watson, who had won just one of her 13 previous matches against Top 10 opponents, she took heart from her ability to match the world No.1, and the player whose poster she displayed on her bedroom wall as a youngster.

"All I saw today was an opportunity for me to make it to the second week of a Grand Slam, which is one of my goals for this year," said Watson. "And it didn't matter who it was on the other side of the net. All I was focused on was trying to achieve that goal.

"It's very positive that I put myself in this position. I could have been out first round in this tournament. I was match points down [against Caroline Garcia]. I gave myself the opportunity to play against the best player in the world. I also gave myself the opportunity to beat her. I didn't take it this time. But I'm really glad I was in that situation because I can learn from it and do better next time."