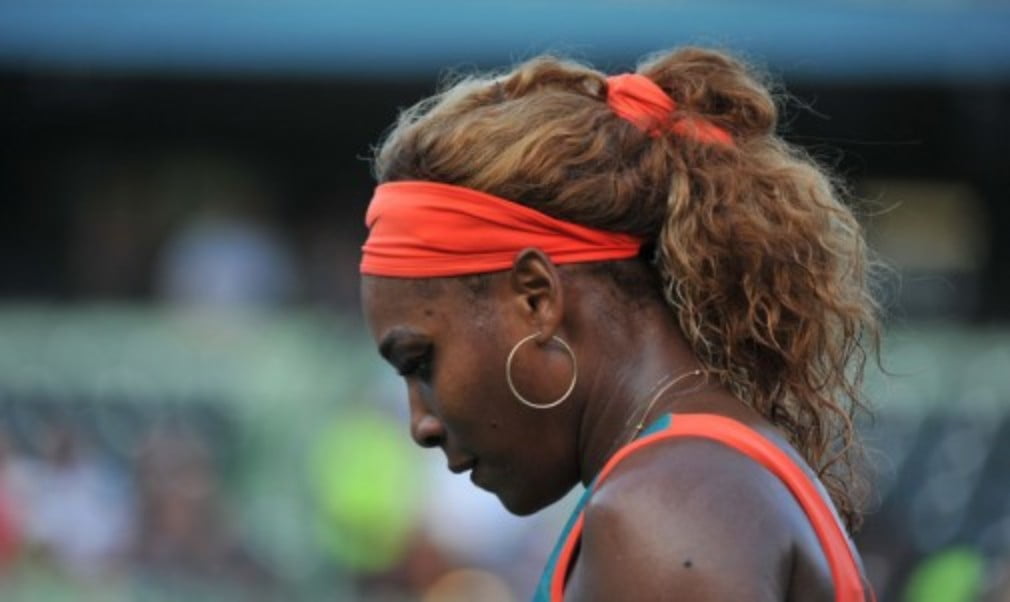 Just three days after winning the Sony Open in Miami, the world No.1 showed signs of fatigue as Cepelova claimed the biggest upset of her career with a 6-4 6-4 victory in Charleston.

Williams, a three-time champion at the WTA Premier event, found herself 0-5 down, and although she won the next four games, she struggled to find her range, winning just 43% of points on her second serve as she lost to the world No.78.

It was a quick turnaround for the 17-time Grand Slam champion, who had just three days to get used to the green clay after playing on hard courts in Florida, but Williams refused to blame the change of surface for her lacklustre performance.

"I actually made the turnaround really, really well,” she said. “I'm really just dead. I need some weeks off where I don't think about tennis and can kind of regroup. I've had a long couple of years. All credit to her. She just tried really hard out there, and she played the best she can probably play. And I've made this transition many, many times before, so there's really no excuse.

Williams is scheduled to return to action for the defence of her Mutua Madrid Open title at the beginning of May, and she believes some time off will help her bounce back with titles to defend in Madrid, Rome and at Roland Garros.

"I'm going to go on a vacation, for sure,” she said. “I need some time off. I just need to take a deep breath and regroup, and I think it will actually help me for the rest of the clay court season coming up."