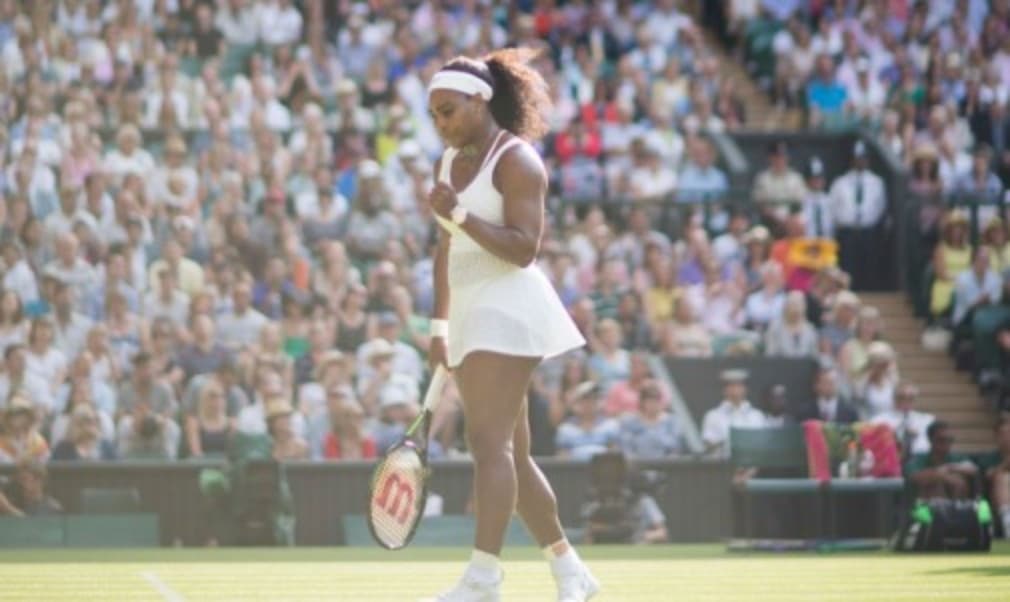 Azarenka, a former world No.1 and two-time Grand Slam champion deservedly took the opening set, but just as in their third round meeting at Roland Garros, Williams rallied to clinch victory in three sets, triumphing 3-6 6-2 6-3 victory on Centre Court.

Four of their last five meetings have gone the distance, and Williams came out on top in three of those. The Belarusian had never beaten Williams in nine matches at majors, including the 2012 and 2013 US Open finals.

After taking the opening set Azarenka staved off three break points in a 13-minute game early in the second set, but Williams finally broke Azarenka's resistance, winning the next seven games to take the set and make an early break in the third.

Azarenka battled hard, but could not convert break point as Williams served for the match; the 20-time Grand Slam champion sealing victory in two hours and three minutes to reach a 28th Grand Slam semi-final.

"I feel like me and Victoria always have really wonderful matches," said Williams. "She's always able to push it to three sets. We always have some great threeset matches. Whenever I see her name I get excited because I feel like there's going to be an opportunity to see how far I am, how well I'm doing. We always play each other pretty much every tournament. I'm usually getting used to that."

Williams will face 2004 champion Maria Sharapova in the semi-finals after the Russian found a way past American Coco Vandeweghe.  Sharapova has not beaten Williams since 2004, the year she shocked the defending champion in the Wimbledon final

"I've played five matches already, I've faced different challenges, matches, opponents, circumstances," said Sharapova after reaching her first semi-final at Wimbledon since 2011. "The first four I played quite well and got the job done in two sets. Today serving for the second set, I could have made it easier for myself [but] still got the job done. I have to be pleased with that, being in a semifinal again after many years."

In the bottom half of the draw, Garbine Muguruza became the first Spanish woman to reach the semi-finals at Wimbledon since Arantxa Sanchez-Vicario in 1997 with a 7-5 6-3 victory over Timea Bacsinszky. Muguruza’s semi-final opponent will be 2012 finalist Agnieszka Radwanska, who booked her place in the last four with a 7-6(3) 3-6 6-3 victory over Madison Keys.

"I'm very happy to be to in a [Grand Slam] semi-final because I lost two times in the quarter-finals," said Muguruza. "I'm surprised that my first semi-finals is on grass. But I think I'm playing really good. I think the surface helps me."