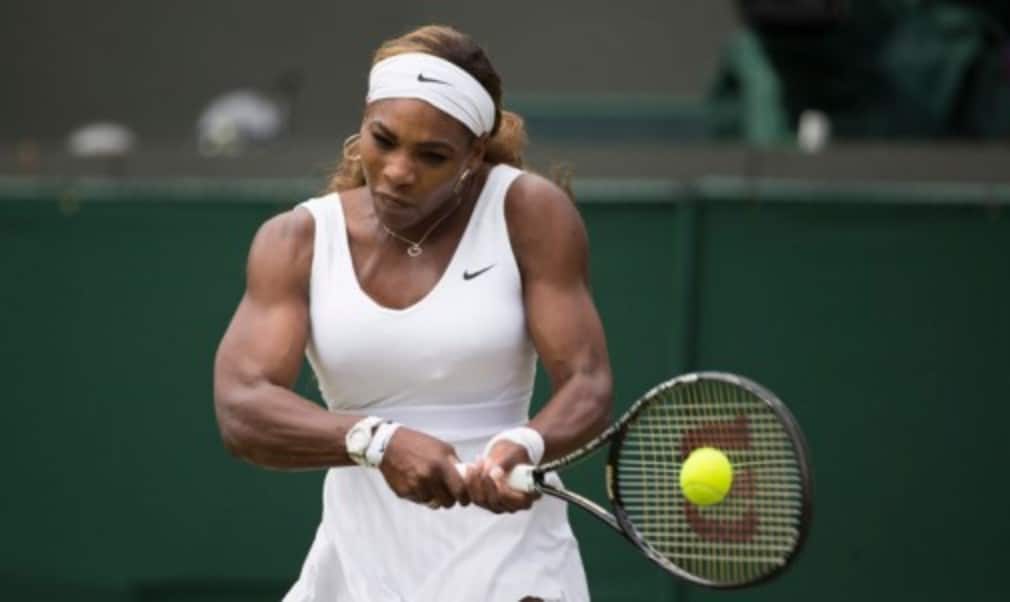 Serena sails into third round, Lisicki to face Ivanovic

The world No.1 needed just 49 minutes to see off South Africa’s Chanelle Scheepers 6-1 6-1 to set up a third round clash with No.25 seed Alize Cornet.

Williams has won three of her previous four encounters with Cornet, but the French No.1 won their most recent meeting in Dubai in February, claiming her first win against a world No.1 with a 6-4 6-4 win in the semi-finals (she went on to lose to Venus Williams in the final).

“Cornet, she does everything good,” said Serena of her third-round opponent. “That's why she was able to get a good win against me.  She never gives up; she's a big fighter.  She gets a lot of balls back. But I'm ready.  It's time for me to step up my game and do what I know I can do and do what I'm best at.”

Meanwhile, Cornet, who before last year had won just two main draw matches in six appearances at Wimbledon, moved into the third round for a second successive year with a 6-4 5-7 6-3 victory over Petra Cetkovska.

Last year’s runner-up Sabine Lisicki improved her remarkable record at Wimbledon to 21-5 as she enjoyed a straight-sets victory over Karolina Pliskova. The German No.19 seed will now face former world No.1 Ana Ivanovic in the third round.

“It's in the back of my mind that I've always done so well here,” said Lisicki.  “In the previous five years I've always played great tennis here. It gives you confidence, and also to have so much support of the crowd is amazing.”

Ivanovic, who won her first grass-court tournament in Birmingham a fortnight ago, enjoyed an impressive 6-4 6-0 win over Zheng Jie – the Chinese had beaten the newly-crowned French Open champion at Wimbledon in 2008.

Maria Sharapova also enjoyed an impressive victory on Thursday, strolling into the third round with a 6-2 6-1 victory over Timea Bacsinszky in exactly an hour. Ten years on from her maiden Grand Slam victory at the All England Club, the French Open champion looks to be in ominous form, having dropped just four games in her opening two matches.

The Russian will now face American Alison Riske, a 7-5 6-2 winner against Camila Giorgi, for a place in the fourth round, with a possible quarter-final showdown with top seed Williams looming.

British No.1 Heather Watson bowed out with a 6-2 5-7 6-1 defeat to No.9 seed Angelique Kerber, while Andrea Petkovic reached the third round for the first time since 2011 with a 6-4 3-6 6-1 victory over Irina-Camelia Begu. The world No.20 will now face Eugenie Bouchard after the 20-year-old Canadian remained on course for a third Grand Slam semi-final this year with a 7-5 6-1 victory over Silvia Soler-Espinosa.

"I know she's a really good fighter," said Bouchard, who has lost to Petkovic on three previous occasions. "I've lost to her a few times now.  I'm definitely going to be really motivated, just try to play my tennis, really try to take it to her."