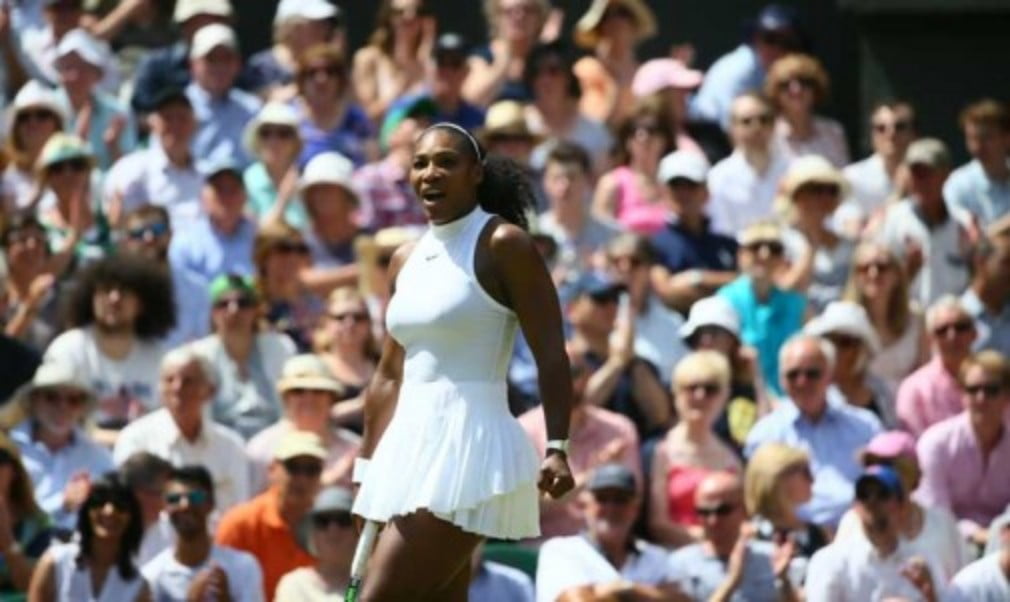 The world No.1 and defending champion produced a dominant performance on Centre Court to defeat Elena Vesnina 6-2 6-0 in just 49 minutes to set up a rematch of the Australian Open final against Angelique Kerber.

Williams won 96% of points on her first serve, including 11 aces, to reach her third Grand Slam final of the year. Williams boasts an impressive success rate in major finals – she has won 21 of the 27 Grand Slam finals she has contested – but two of those defeats have come this season.

Williams, who is bidding to equal Steffi Graf’s Open era record of 22 Grand Slam titles, lost to Kerber in Melbourne and to Garbine Muguruza at Roland Garros, and she admits that the runner-up trophy simply isn’t good enough.

“I think for anyone else in this whole planet, it would be a wonderful accomplishment,” Williams said of reaching three successive Grand Slam finals in 2016. “For me, it's not enough.  It's about holding the trophy and winning. But I think that's what makes me different.  That's what makes me Serena.”

Williams has been chasing Graf’s record for 12 months after completing the ‘Serena Slam’ at Wimbledon last year. She suffered a shock defeat to Roberta Vinci in the US Open semi-finals last September and fell at the final hurdle in Melbourne and Paris.

“I feel good,” said Williams.  “I felt great in other tournaments, as well.  But I feel a little different.  I just feel more relaxed and more at peace than I may have been in the past.”

Williams has dropped just one set in six matches, against Christina McHale in the second round, and since then has spent just four hours and eight minutes on court to complete four matches and has won three of her final sets 6-0. Against Vesnina, Williams did not drop a point on her serve in the second set, which lasted just 20 minutes.

“I felt like I had no chance today,” admitted Vesnina, who was playing in her first Grand Slam semi-final.  “I felt like Serena was playing really good.  She was in a great mood, and serve was working really well for her. She had a really high percentage of first serves.  She was placing it amazingly.

“She was stronger, faster. I couldn’t do anything today. I was really fighting and trying to change the situation on the court. I felt like score is going fast, not on my side and she’s controlling [every] point.”

Standing between Williams and a record-equalling 22 Grand Slam titles is a familiar face: Kerber stunned the world No.1 in the final in Melbourne earlier this year to win her first Grand Slam title.

The 28-year-old, who suffered a shock first-round defeat to Kiki Bertens at Roland Garros, has been in impressive form at the All England Club and is yet to drop a set in six matches. The No.4 seed ended the possibility of an all-Williams final after the German defeated 36-year-old Venus Williams 6-4 6-4 in the day’s second semi-final.

Kerber dropped three service games as the pair traded breaks in the opening set, but was more solid in the second set – she did not give up any break points and made 94% of her returns.

“I have much more experience right now,” said Kerber, who lost in the Wimbledon semi-finals in 2012.  “It was not my first Grand Slam semi-final.  But Wimbledon is always special. I was a little bit nervous when I went [on court] because I know that I have to play good tennis against Venus. She has played a lot of good matches here.  So that's why I think I was a little bit nervous at the beginning.”